News reaching our desk indicates that Ugandan startup donedeal.ug has been acquired Kenya’s EatOut.co.ke. According to sources privy to the deal, donedeal.ug was acquired at an undisclosed fee and the final paperwork is being finalised.

Done Deal was an e-commerce platform for connecting service merchants with customers in Kampala. An array of great deals on restaurants, beauty salons, events, cinemas and much more in Kampala. It was basically built on the model popularized by group deals’ website Groupon.

The Ugandan startup founded by Iliana Björling in May 2014 has been on a trail of slow and sure progress. Besides signing up a slew of merchants on its platform, it co-led the organisation of the much acclaimed Kampala Restaurant Awards in November 2015. Prior to founding Done Deal, the starry eyed Swede national was the first Country Director of Global Business Labs. A Swedish supported startup accelerator based at Makerere University.

This acquisition doesn’t come as a surprise though. The models of Done Deal and EatOut are inexplicably related. Serial entrepreneur Mikul Shah, 36, founded EatOut in 2010—and SleepOut.com in 2011, which he later opted out of— and is a known fan of restaurateurs. He founded Nairobi Restaurant Week in 2014 and was previously a mentor and investor in 88mph.ac: a Kenyan accelerator that closed shop at the end of 2014. He has raised over $200,000 for his venture for a minority stake by Dutch VC Africa Media Venture (AMVF).

This is not the first time a Ugandan startup is acquired by a related and Kenyan startup. At the close of 2013 garimoja.com an e-commerce platform for buying and selling motor vehicles was secretly acquired by One Africa Media’s cheki.co.ug.

Iliana Björling could not divulge further details when we contacted her. However, in the due course, she promised to update us with further details. But as it stands, it looks like a done deal!

One thought on “Breaking: Ugandan startup donedeal.ug acquired by EatOut.co.ke” 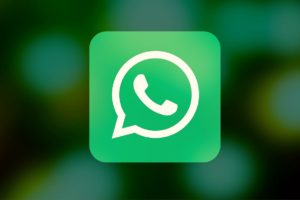 How to reset the Mi Smart Band 7

How to reset a Yeelight LED bulb

The Best Affordable Printers You Can Get in 2022