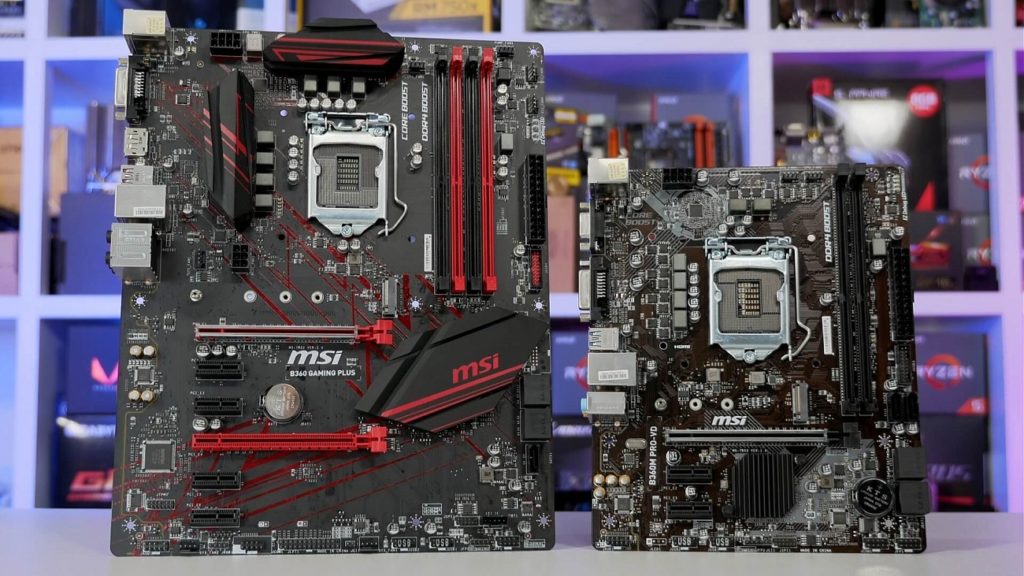 When building a PC, selecting the motherboard might seem pretty straight forward. You just pick something with a compatible socket, that has the right aesthetic and you’re ready to go. Right? No, not so fast. Even motherboards with the same CPU socket can be equipped with different chipsets that affect what features will be available to you.

A chipset is a set of electronic componets on a motherboard that manages data flow between the memory (RAM), processor and peripherals. By design, chipsets work with a specific family of microprocessors. They play a critical role in overall system performance because they control communication between all components on a motherboard.

Related Article: All You Need To Know Before Your First PC Build

The good news is that typically, motherboard manufacturers will indicate the chipset right in the model name. This way you’ll know exactly what you’re getting, but the bad news is that unless you already know what they stand for, the confusing mix of letters and numbers conveys about as much meaning as a piece of abstract modern art.

Intel assigns a letter to their chipsets using either H, B, Q, Z or X along with a three-digit number. The letter will tell you which general tier the chipset is in. Starting at the bottom, H chipsets are lower end to mid-tier consumer-grade chipsets. B chipsets are technically more geared towards businesses. The distinction between H and B has eroded significantly in recent years. B chipsets used to provide more support for legacy features like conventional PCI for businesses that needed to use older Parts. But these days there’s no significant difference between them. Either of them would be suitable for a budget to mid-range PC build.

Related Article: What is a SoC (System on a Chip) and how is it different from the CPU?

Q chipsets have actually kind of turned into the step up for entry-level PCs. They support extra enterprise features such as remote management. If you want something on the higher end, you’ll probably be more interested in the Z and X chipsets. Both feature full support for overclocking. If you bought an unlocked processor, you’ll want to choose either a Z or X series motherboard. With the latter being found on Intel’s upper-tier, high-end desktop platforms. X series support CPUs with more memory channels, more PCI Express Lanes and extra processing cores.

That takes care of the letters, now, let’s talk about the numbers. The first digit tells us which generation of chipset we are dealing with and whether it will be compatible at all with your processor. Beyond that, higher numbers typically mean better features. Such as improved PCI Express connectivity, more USB ports, more memory slots or compatibility with Intel’s Optane memory.

Just like Intel, AMD combines both a letter and a number. Newer chipsets for Ryzen CPUs use the letters A to indicate an entry-level chipset, B to mean mid-grade or mainstream and X for extreme, or enthusiast. In practical terms, you’ll need either a B or X Series chipset to overclock, an X chipset to use SLI, and either an X or a B450 for Crossfire.

You’ll also find more SATA ports, more USB headers and more flexibility in the PCI Express implementation —the further up the product stack you go. Currently, the number will either start with a 3 or a 4, with 4 indicating a second generation part that supports AMD storeMI. This caches your frequently used data from your hard drive to an SSD. Also of note is that currently, all Ryzen CPUs will work with all Zen chipsets. Though a 2nd gen Ryzen chip might need a bios update to work with a 300 series motherboard. Also, make sure you’ve got the sockets lined up because a Threadripper chip is technically a Ryzen Threadripper, but it won’t work in a B450 board.

Related Article: Computer RAM Upgrade: How to find compatible RAM for your PC

So hopefully, this article has cleared things up for you. If it hasn’t, and you’re still super confused, I get it. This stuff is not easy. You can leave a question or clarification in the comment section and we will get back to you.