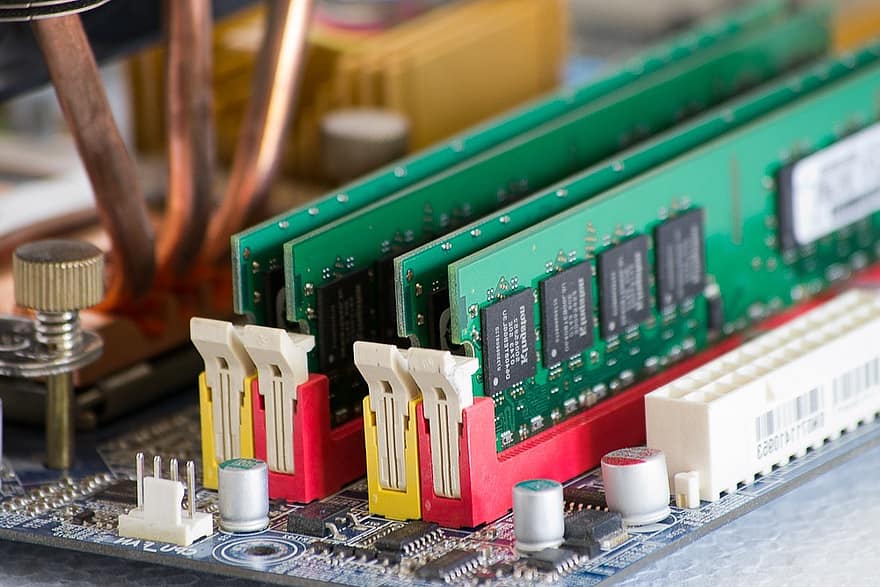 If you’ve been looking to build a PC, then you might have come across the terms single-channel, dual-channel, and quad-channel while looking for the right memory. But what exactly do these seemingly complex terms mean? And more importantly, do they have a significant impact on your PC’s performance? In this post, we will tell you all you need to know about single and multi-channel memory.

In most cases, yes, but not necessarily. It also comes down to what CPU you’re using, or more specifically whose CPU you are using. AMD CPUs only supports single and dual-channel memory configurations. This doesn’t mean that you can’t make use of all four RAM slots if you’re using an AMD CPU; you most definitely can.

You will only reap the benefits of dual-channel configuration but you’ll still be getting all the extra RAM. These might sound a little confusing, but it will become a lot clearer once we explain how these three configurations work.

By now, you know that having a larger volume of RAM doesn’t necessarily mean having more channels. Let’s look at what these channels actually do.

The idea here is that using 2 or 4 lower capacity RAM sticks would land you better performance than a single high-capacity stick. The easiest way to visualize memory channels is by use of The Road Analogy. The number of channels will be equal to the number of lanes on a road. No matter how well-made your road is, if it just has one lane, it can only handle so many vehicles at a given time.

But the number of vehicles that 2 or 4 lanes can handle is exponentially larger. The basic idea here is that more memory channels will afford you better performance exponentially. In theory, it all looks good and straightforward. However, there will always be discrepancies between premise and actual practice. In this case, it’s the part about the increase being exponential that doesn’t really hold up.

In reality, the performance boost you get from having more memory channels will depend on whether you’re running memory-hungry software. There is still no simple straightforward answer for you here. The performance boosts you’ll see will still vary from one use case to another. However, one thing is certain: multi-channel memory configurations do provide a performance boost.

But whether you’ll be able to tell the difference or not is another thing entirely. The performance benefits even in the latest Triple-A games are dubious and you should not go out of your way to get them. This however does not mean we don’t recommend opting for a multi-channel memory configuration. Therefore, let’s take a look at some of the reasons to go multi-channel.

Performance is important, but it’s not everything. There are other factors you need to take into consideration while making your purchase. The price is foremost among them. The thing is that a single high-capacity RAM stick will be more expensive than multiple lower capacity RAM sticks. Just because low capacity sticks are easier to manufacture.

Aiming to equip your PC with 16GB of RAM? You can both give it a slight performance bump and save a bit of cash by installing two(2) 8GB sticks. Or even four(4) 4GB sticks instead of just a single 16GB stick. That’s not all. Having multiple RAM sticks ends up working as a nice contingency against hardware failure.

What if you just have one (1) 16GB RAM stick and it dies? Your PC will be pretty much useless until you get another memory stick. But if you have two(2) 8GB sticks and one dies, you can still run your computer with just the other one for the time being. Also, we mustn’t forget about aesthetics.

If you’re the kind of person that has a transparent or an open case in order to show off your impressive hardware, there’s no denying that you want to have all four(4) RAM slots filled. Especially if you’re using sleek and powerful memory modules with well-designed heat spreaders and RGB lighting.

On the other hand, there is one reason why you may want to opt for single-channel memory, and that’s upgradability. Let’s say, for example, you’re looking to pack your PC with 8GB of RAM. In this case, buying a single 8GB stick may be a better option. That’s because you can bump it up to 16GB whenever you feel like it.

We still recommend installing a multi-channel memory, though. That’s because it’s more affordable, less likely to leave you with an unusable PC in case of hardware failure, and it looks better.

Also Read: How to tell how much Computer RAM you need for your PC