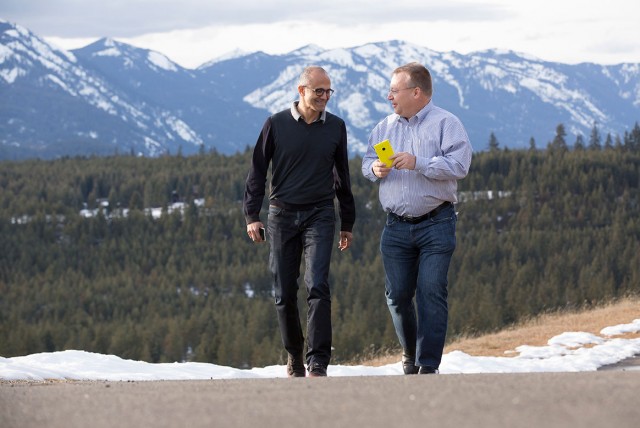 Today, Microsoft has finally closed the deal of acquiring Nokia’s Devices and Services business. The $7.1 billion deal which was announced last year in September  gives Microsoft ownership of Nokia’s smartphone products—including the Lumia line, the entry-level Asha devices, and the Android-powered Nokia X phones—as well as access to the Finnish company’s portfolio of patents through a licensing agreement.

At the beginning of this week,  the Nokia Corporation/Nokia Oyj name changed to Microsoft Mobile Oy in a leaked letter to suppliers  ahead of today’s announcement. Microsoft is following its mobile and services strategy in a bid to compete with companies like Apple that have been combining hardware and software to deliver a great experience to their users.

“Today we welcome the Nokia Devices and Services business to our family. The mobile capabilities and assets they bring will advance our transformation,” said newly appointed Microsoft CEO Satya Nadella in a press release. “Together with our partners, we remain focused on delivering innovation more rapidly in our mobile-first, cloud-first world.”

Microsoft will leverage on Nokia’s decades of perfection in hardware design, manufacture and distribution to deliver services that will keep its users hooked onto its platform.

This is the last day you’ll hear about Nokia as you used to know it!