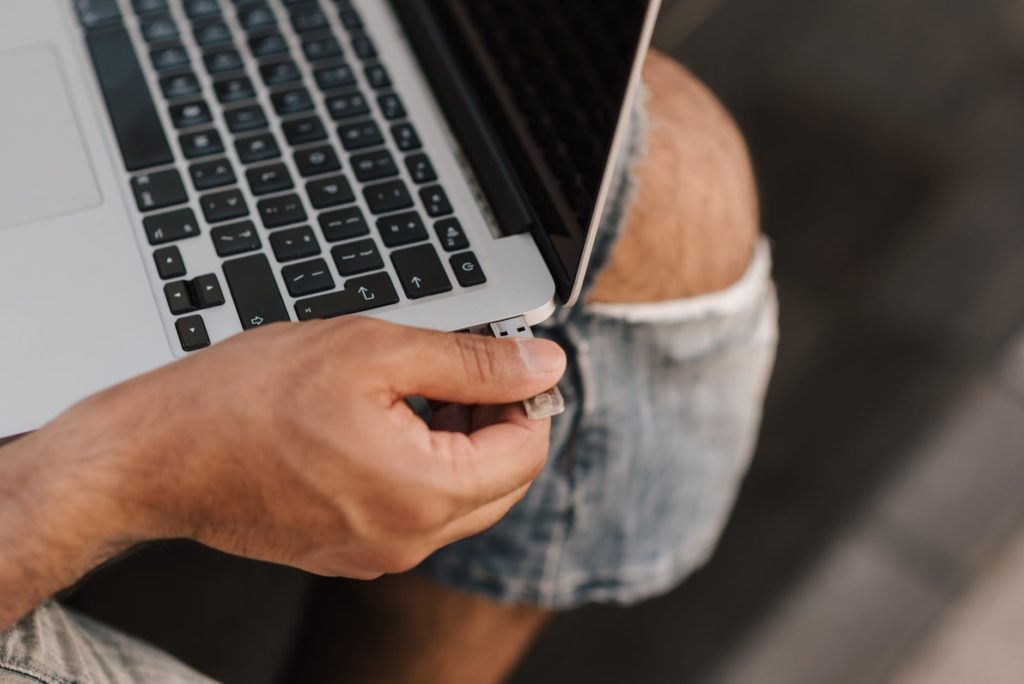 USB Flash drives are everywhere. And they go by so many names it’s difficult to keep track. Call them thumb drives,  jump drives, memory sticks, pen drives, data sticks or whatever else. The bottom line is, they still serve the same holy purpose of transferring our files between devices.

The best flash drives should offer the fastest, most consistent data transfer speeds and decent storage capacity to make them worth their while. Lately, the faster USB 3.x flash drives have become the defacto portable storage device for obvious reasons. Below have curated a list of some of the best flash drives of 2021.

This beast will cost you a pretty penny but it more than makes up for it in sheer raw power and awesomeness. The SanDisk Extreme Pro packs USB 3.2 Gen 1 which is backwards compatible with USB 3.1, USB 3.0 & USB 2.0. This flash drive can deliver astonishingly fast read speeds of up to 420MB/s and write speeds of up to 380MB/s. If you want to wrap your mind around this, that’s like transferring a full-length 4K movie in less than 15 seconds or 1000 photos in less than 25 seconds. Try that for size.

PNY flies under the radar in some markets but its nevertheless quite popular. It caters to various storage capacities, starting from as low as 32GB all the way to 1TB. Pricing starts at $7.35 for 32GB up to $148.9 for 1TB, which is quite reasonable. At $27.99, the 256GB capacity is hands down the best deal of the lot.

The flash drive is quite light, plasticky and the protective sliding cap might stop holding after a while but oh well… Performance can be a tad iffy. For some reason,PNY vaguely advertises 10X more speed than its 2.0 flash drives. We scoured their website but they really don’t mention actual sequential speeds

After some digging we capped the read and write speeds at 140MB/s and 80MB/s which is quite all right on paper. But in the real world, some users have complained of erratic speeds at times. You can get the 256GB version for $27.99 on Amazon.

The SanDisk Ultra Fit shares the same miniature form factor like the Samsung Fit Plus. The flash drive don’t obscenely jut out of your device which makes it perfect for keeping it plugged into your laptop, TV, speaker or car USB slot.

However, we’d like to bring attention to the build quality. The thin plastic housing might crack or break off all together where you plug it in if not used with care. You can get the 256GB version at $28.99 on Amazon.

USB C is fast becoming a permanent fixture on computers, be it Mac or Windows. On smartphones, it’s already a foregone conclusion. So it pays to have a flash drive you can plug into the most devices with the only caveat being that your smartphone must support USB On-the-Go.

As a testament to it’s versatility, the SanDisk Ultra Dual drive also caters to the more ubiquitous USB Type A. This gets rid of the need to carry around USB cables when you need to transfer files to and fro. What’s more, the dual connectors are retractable that extra protection.

What’s more, the SanDisk Ultra Dual drive includes a downloadable Memory Zone app on the Google Play Store to streamline the process of backing up files on your smartphone/tablet.

The Corsair Flash Survivor Stealth is one for the adrenalin junkies. For a guy like me, the most exciting place I am going to take my flash drive is probably in the wash if I happen to forget it in my pants. The Corsair Flash Survival Stealth will probably survive that too. After all, it’s vibration and impact proof thanks to the anodized, aircraft-grade aluminium housing. The EPDM (ethylene propylene diene monomer) rubber seal keeps it waterproof when submerged up to 200M.

All that rugged durability naturally comes at a cost. $25.66 only gets you the 64GB model and $36.99 for the 128GB model. The Corsair Flash Survivor Stealth supports USB 3.0 which is backwards compatible. It works with Microsoft Windows, Mac OS X, and Linux without need for drivers.

Methinks when you buy the Corsair Flash Survivor Stealth, you’re basically buying a tank to protect a rather average flash drive that’s quite bulky to plug in. You can get the 128GB model at $36.99 on Amazon.

I know lots of people (myself included) with misshapen flash drives from accidently pressing against them. Now you can’t go wrong with Samsung’s Fit Plus USB 3.1 flash drive ($20.99 on Amazon). It’s no different in size from wireless USB peripheral dongles. And we know how slim those are.

Due to its portability, I can plug this baby into my laptop as a permanent placement and not have to worry about accidentally mangling it in transit.

The Samsung Fit Plus is the perfect flash drive for inconspicuous storage in your laptop, speaker or car. With those read speeds, I’m even tempted to convert it into a Live USB to run Windows, Linux or Mac on the fly. You can get the 128GB on Amazon for $20.99.

The Samsung BAR Plus quite literally raises the bar on how to make a solid, ultra fast and good looking flash drive at a decent price. The slick metal body is supposedly waterproof, shockproof, magnet proof, X-ray proof and can withstand temperatures from -25 degrees Celsius to 85 degrees Celsius.

Please note that the various capacities offer different transfer speeds. The 128 and 256 models offer up to 400MB/s which drops to 300MB/s for the 64GB model. The 32GB model is the slowest of the lot at 200MB/s.

A major complaint with the Samsung BAR Plus are the Write speeds which are cleverly not advertised. Actual real world speeds oscillate between really low to about 80MB/s. Get the 128GB on Amazon for $20.99.

I don’t know about you but Patriot Supersonic Rage 2 USB 3.0 always reminds me of Megasonic Teenage Warhead or something as outlandish as that. Colorful name aside, the Supersonic Rage 2 means business and charges top dollar for it.

The advertised transfer speeds are 400MB/s (read) and 300MB/s (write). Real world read speeds are surprisingly just as good although the write speeds are nowhere near that, but that’s to be expected.

A rubber coated housing provides insulation from spills and the occasional tumble. It sports a retractable design to further protect the drive. There’s more sugar and spice that goes into its making that promises blistering fast performance and durability.

Apple’s bullheadness creates a bit of an issue with interoperability. Its lightning connectors are the only impediment to the universal USB-C standard. Luckily some flash drives to cater to you. The SanDisk iXpand streamline the process of transferring and backing up files from an iPhone/iPad and a computer.

The iXpand flash drive has a dual connector; the Type A and the Lightning connectors. While not all Macs have Type A, it is a go for those that do along with Windows and Linux machines. SanDisk’s iXpand software lets you automatically back up your latest photos and videos every time you plug in iXpand which is quite handy.

The only drawback with the SanDisk iXpand is just how expensive it is. The base 32GB model costs $22.88 which rises to $65.99 for the 256GB model. At that rate, one is tempted to shop around for cheaper alternatives that do a similar job at a fraction of the cost. You can get the 128GB version for $71.09 on Amazon.

That the SanDisk Cruzer CZ36 is the only USB 2.0 drive to make the list speaks volumes about its lasting popularity. It’s main selling point is its rock bottom price and generous storage capacity.

The 128GB model goes for only $18.99 while the 256GB model costs $32.99. While transfer speeds are important, sometimes affordable storage capacity is just some people are looking for. The older USB 2.0 is the only downside to buying a SanDisk Cruzer CZ36. SanDisks’ saving grace is the 128-bit AES encryption and SecureAccess software which gives you some peace of mind. Get the 128GB at $18.99 on Amazon.