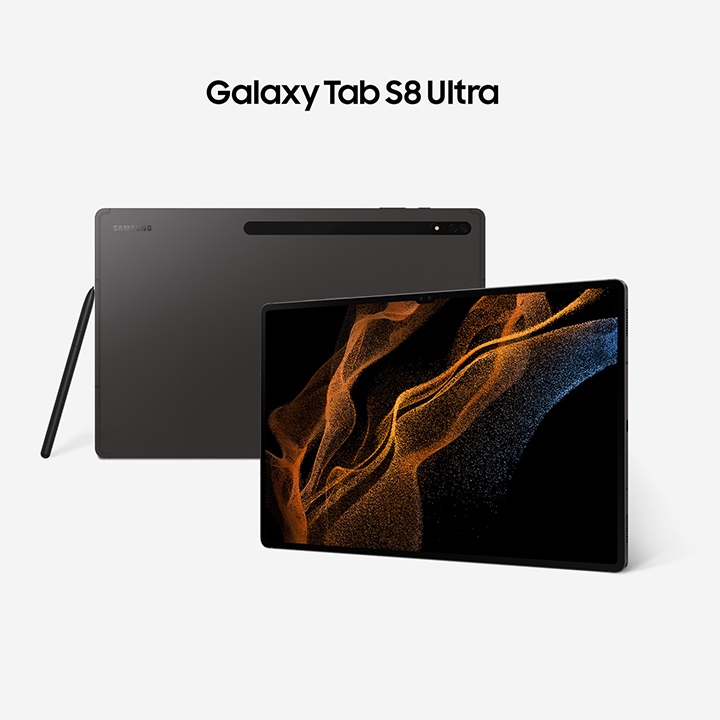 Samsung has unveiled its next premium tablet (the Galaxy Tab S8 Ultra) along side other tablets in the series. But the other tablets (Tab S8 and Tab S8+) aren’t getting as much attention as the Ultra model. And that’s because it is packed with some really unique features – some never before seen on an Android tablet. For instance, the display size (a 14.6-inch tablet) makes one wonder if it is indeed a tablet of a mini Samsung laptop – a step up from its 12.4-inch Galaxy Tab S7+ released a year ago.

The Galaxy Tab S8 Ultra is now available for pre-order on Samsung’s official website (It has a starting price of $1,099), and it will officially enter the market on February 25 around the world. Also, those who pre-order the Tab S8 Ultra from Samsung will get the new book cover keyboard.

And going by the specs, this tablet (at 1.4 pounds) is lighter and thinner than its predecessor, as well as the iPad Pro at 12.9-inch. Furthermore, the Galaxy Tab S8 has a notch in the top center of the display to that houses the double front-facing cameras.

It might also interest you to know that the enhanced Samsung DeX is available on the Tab S8 Ultra to let you take your tablet from tablet mode to desktop mode, as well as DeX mirroring for when you want to share your tablet’s screen on an external display.

Unlike with regular smartphones, front-facing cameras on tablets are more useful than their rear counterparts. And that’s because tablets are designed with remote work, online meetings/hangouts, and gaming in mind. The Galaxy Tab S8 Ultra comes packed with two 12-megapixel front-facing cameras (a main and an ultrawide sensor) For comparison, its rival (the iPad Pro) features a single 12-megapixel upfront.

On the rear is a 13-megapixel and 6-megapixel camera sensor. The cameras also come with an auto-framing technology that automatically keeps you in focus during calls (even when you move from side to side). This feature also zooms in or out to include new participants as they join you.

Samsung says the Tab S8 Ultra lasts up to 15 hours. To keep the tablet powered for that long is the 11,200 mAh battery. It also supports 45W charging, and according to Samsung, it can get the tablet from 0% to 100% in about 80 minutes.