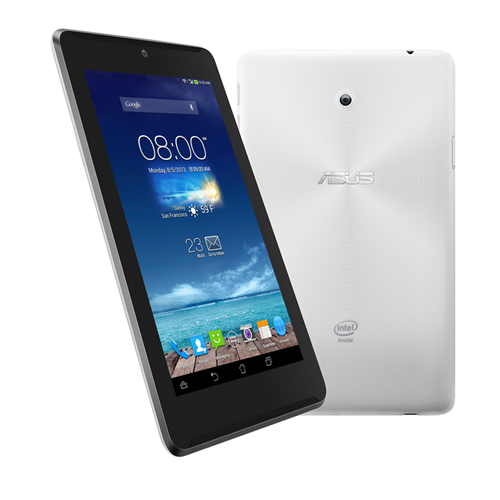 MTN Uganda in partnership with Intel East Africa last week unveiled the Asus fonepad 7 tablet in Uganda. The entry level tablet is being offered at only Ugx 450,000 at most of MTN shops in Kampala.

At first we were very excited at the prospects of an ASUS tablet at Ugx 450,000 until we realised that the fonepad 7 has 5 variants. The 2013 and 2014 versions have very different specs hence the cheap price tag. A closer look at the tablet MTN is offering reveals a 2MP back camera and the front VGA camera which I am sure many would not like since taking photos is one of the primary function of devices like smartphones and tablets.

Other tablets in that range such as the Tecno Phantom pad and Phantom pad 2  have a better display and better camera for about Ugx 200,000 more.

Since it’s an entry level tablet, it’s not fair to expect so much from it and if you want a better tablet, you would just have to part with a little bit more money. This however is a plus because then we shall see tablets starting to become as affordable as smartphones and probably help in EdTech efforts geared to make education cheaper and more accessible to the majority.