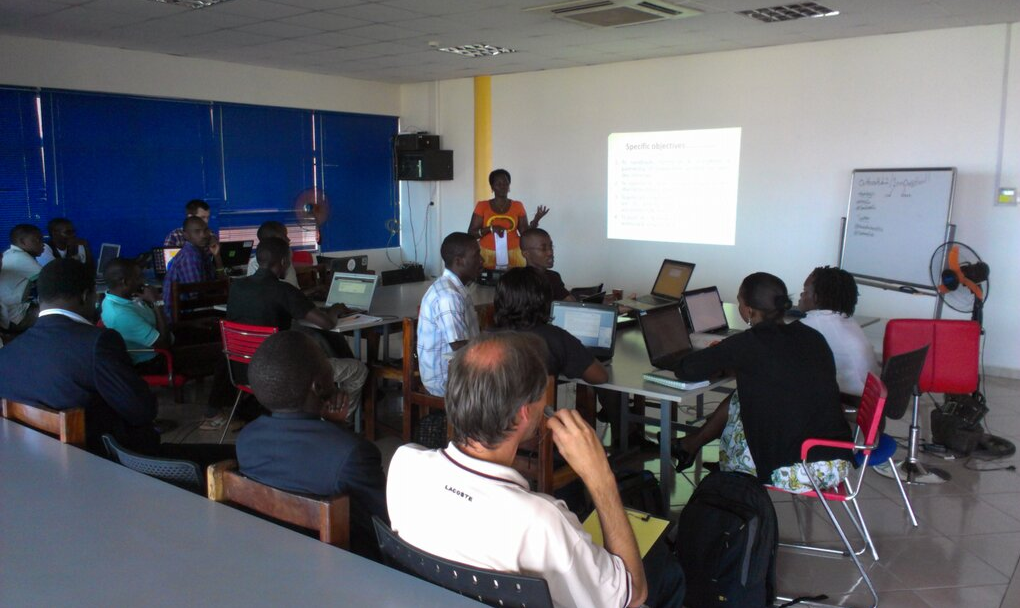 At an event I attended at Outbox on the 23rd of Febuary, I met journalists and software developers determined to crunch numbers together in order to tell compelling stories to the public. I went both as a Tech journalist and a developer,  who ironically has a phobia for numbers, but this time, I made up my mind to brace myself for what could possibly come out this meetup organised by Outbox and HacksHackers Kampala chapter.

First I got surprised when I learnt of various data-sets having preciously ranted to several people and on a number of occasions how there isn’t as much data in Uganda. For instance I learnt of a  comprehensive budget for the Government of Uganda from 2008 to 2012, the average market prices of goods,  health sector spending among other mainly provided by data.ug.

HacksHacker is a platform which bridges the gap between journalists with an objective of working around data to tell stories. The journalists come up with ideas that Techies take up to develop tools that will enable journalists do more in-depth reporting around different data sets more like Data driven Journalism.

According to Catherine Mirembe of HacksHacker Kampala  the goal of the event was to bring local journalists and Tech enthusiasts together in-order to develop applications that will enable better data crunching and publishing to the public.

Businge Gerald a journalist and  the managing director from Ultimate Media Consult who presented at the session said;

Just learnt today that data is available. But the reason I’ve not been able to find it is because it’s not searchable or visible from the search engines. So various organisation should make their data-sets open through data sharing sites. Data is so important because it gives us insight, do more in-depth reporting and make sense of everything.

When I interacted with him during the lunch break, he narrated to me his ordeal of getting data from UNEB, UBOS and other organisations on when he wanted to write some stories.

Beatrice Mugambe director of development research and training at data.ug seems to have been through the same experience. She told me about the long processes required to get that information from ministry of Finance and yet this data should literary be public. I asked her why it’s such a hassle to get this data and she said;

The culture is closed. They just don’t want to open up. If data is open then there’s more accountability from the citizens which in effect mitigates corruption. However, it’s also because our citizens are not demanding for the data either because they don’t entirely understand it’s value or just because they don’t want it.

To me, data is everything because as my accountant friends say, “numbers don’t lie”. What if we Ugandans knew government expenditure on various sectors  and followed up on whether or not the allocated money was appropriately utilized? Wouldn’t that translate into better service delivery as a result of citizen accountability?

One thought on “Data driven Journalism: When the Journalists and Techies go matching in”