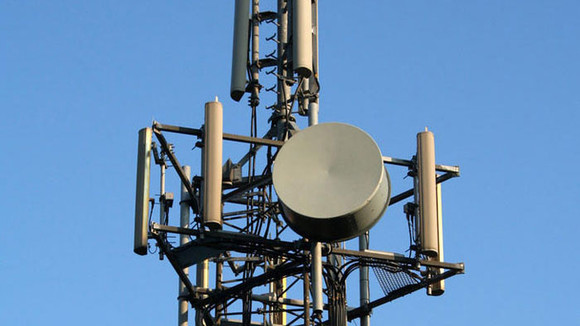 Both you and us knew this was coming. The dark ages of Kabiriti feature phones that only allowed you to text and call are behind us. Now, phones can do all sorts of things; Tweet, Facebook, call, watch movies, listen to music, get directions or even watch over your cat at home.

But smartphones also demand smart networks. Networks that won’t send your tweet after 5 minutes, or buffer your Youtube videos.

There are 6 mobile networks in Uganda currently both supporting both voice and data. In a clever campaign, Airtel Uganda started promoting itself as the “Smartphone network”. This obviously caught our attention as it did yours maybe. But MTN Uganda has equally been pushing boundaries in mobile technology investing vast amounts of money in building robust infrastructure. We are talking 14 billion shillings to deploy its 4G LTE network across 75 sites country-wide. Arguably MTN now has the widest 4G LTE network in Uganda. So it boils down to two networks; MTN vs Airtel.

So the cards are laid out. Marketing hype aside, which of the two networks truly qualifies to be the “smartphone network”?

Mobile networks in Uganda have come a long way. I remember browsing the internet using my Motoralla phone on MTN Uganda network using GPRS or what was commonly known as WAP. The networks however, have kept upgrading their mobile data networks to support faster data speeds and applications.

Both MTN and Airtel upgraded from 2G to 3G networks. That meant that we moved from merely 144Kbps to about 21Mbps. That’s over 140 times faster. Back then — around 2007 — this was a quantum leap. But the networks a few years later further upgraded to 3G+ which boosted speeds of up to 42Mbps – twice as fast as 3G.

However, MTN decided to even take it a step further. MTN launched it’s 4G LTE network in Uganda in 2013 which covered only some parts of Kampala. 4G LTE supports speeds of upto 100Mbps which is twice as fast as 3G Plus and 5 times as fast as 3G. This year, MTN relaunched its 4G LTE network having added more districts and sites to support 4G.

Unlike 3G, with 4G LTE speeds, you stream HD videos, play online games, download or upgrade your software without noticing any network glitches.

Airtel on the other hand is still stuck with 3G or 3G+. The mobile network thinks that your smartphone can still do fine with 3G speeds. It also means that if you have a 4G LTE smartphone on Airtel network, you can’t take advantage of its full capabilities. Your smartphone will be using 3G network instead of 4G LTE.

The winner is obvious. You simply can’t call yourself the “smartphone network” while my 4G-compatible device will all the time be using the slower 3G network. So MTN Uganda definitely beats Airtel here.

You can’t call yourself a smartphone network without having any smartphones in your stores. Fortunately both MTN and Airtel Uganda have great, well-branded shops with relatively the same experience.

If you are looking at Blackberry, Airtel seems to have dropped them all together while MTN Uganda has the blackberry Z3 priced at Ugx 650,000 and Blackberry curve 9320 priced at Ugx 450,000.

Otherwise both MTN and Airtel Uganda have strong support for Huawei, Samsung Galaxy and Apple smartphones. However, Airtel relatively has better prices for these brands than MTN as you can see below;

As you can tell, both Airtel and MTN Uganda have a great selection of devices. Airtel slightly edges MTN Uganda on smartphone price point but MTN bounces back with 4G LTE smartphones such as Huawei Mate 7, P7, G7, iPhone 6, Galaxy S6, S6 Edge. MTN has a 4G LTE network which Airtel doesn’t have. The most recent devices are shipping with 4G LTE as a standard which will soon become the de facto mobile data standard. Therefore arming yourself with a 4G LTE smartphone from MTN not only prepares you for the future, but gives you faster data speeds.

We think where Airtel beats MTN at price, MTN compensates with great support for the faster 4G LTE devices. So we shall call it a tie.

When it comes to mobile data packages and bundles, Airtel and MTN Uganda go toe-to-toe. One wonders whether they are simply copy-pasting each other or it’s the same team working in different companies.

Both have daily, weekly and monthly bundles whose pricing is almost the same as we showed in this comparison post. Both have 1GB overnight bundles that run from midnight to 6am. Both have social bundles or WTF(Whatsapp, Twitter, Facebook) bundles for social media enthusiasts. Both have data sharing feature which allows users to share mobile data amongst themselves. Both have blackberry services. However, both MTN and Airtel Uganda do NOT have unlimited mobile data packages! Clearly, whichever you go with, there’s really no difference when it comes to data bundles.

The winner is: Tie

This has been a bloody battle as we had anticipated. Marketing and sales teams of both networks seem to have telescopes on each other, so service-wise both MTN and Airtel go toe-to-toe. When it comes to actual smartphone prices, Airtel Uganda smartphone deals are simply irresistible. But if you are looking at a network that will support any smartphone and we mean any smartphone, then MTN is your choice. MTN’s 4G LTE network is backward compatible. This simply means it can support smartphones with 4G LTE, 3G and even 2G. This means the slowest to the fastest smartphones in the market. Therefore, MTN Uganda ultimately takes the crown on our smartphone network of choice in Uganda.

The overall winner is: MTN Uganda.

If you’ve any further questions, don’t be shy to ask on Dignited Answers, our interactive Q&A platform.

6 thoughts on “MTN vs Airtel Uganda: Which one is truly the smartphone network?”