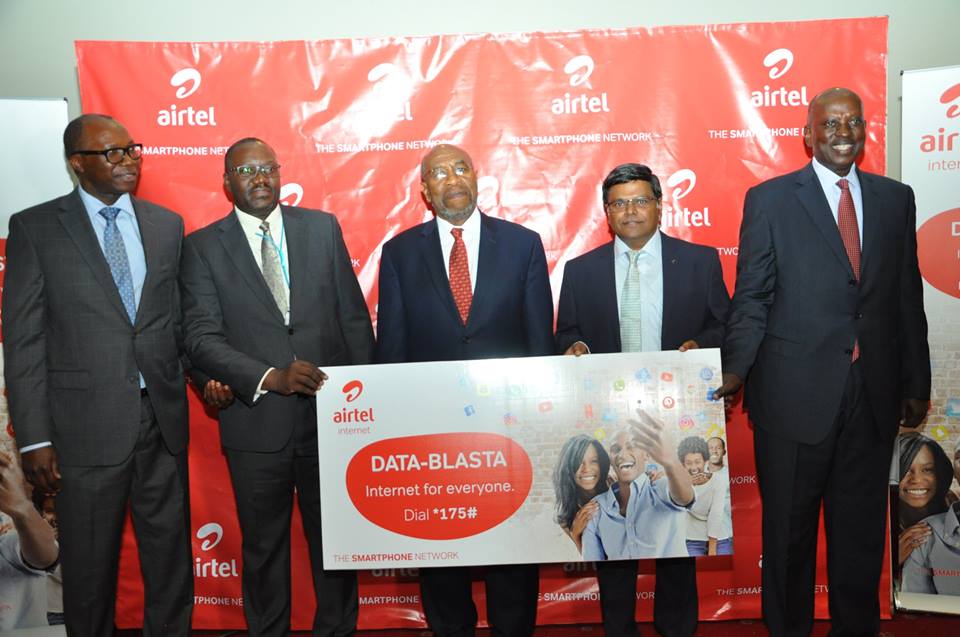 Slash! Slash! Slash! There go the old Airtel Uganda data rates. From now, henceforth, you will get more internet data for your money. To be more specific, Airtees will now enjoy more stable 3G/4G internet data slashed by as much as 60 %, 100% up to 140%! Now here’s news Airtel Uganda’s 10 million subscribers want to hear. We are practically giddy with excitement!  By the number of hashtags Airtel riding the Twitter and Facebook current i.e #DataBlasta, #InternetforEveryone, #DataBlastaforEveryone, we believe Airtel is excited about this new development as well.

The smallest daily data volume stayed put at 10MB for UGX 250. But who can blame them? That’s small potatoes. 10MB can barely wet my smartphone’s throat. The notable data increments start from the UGX 500 bundle which now carries 40MB from 25MB. That’s almost double! UGX 1,000 now gets you 100MB up from 60MB. These amount to the 60% increment we were talking about.

Airtel had announced some new data bundles a while back for 300MB and 1GB priced at UGX 2,000 and UGX 5,000 respectively, with the latter expiring in 3 days. Those stayed put the same rates. A new addition is the 400MB data volume at UGX 3,000.

You know this wouldn’t be a post if we don’t compare and contrast with MTN Uganda, the other member in the 10-million-subscriber club. As is expected, MTN Uganda isn’t one to wait for an invitation. As of writing this post, their data rates have been revised to reflect Airtel’s. Now, it gets interesting when we get you look closer and also get to the weekly bundles. More on this in a later post.

May the Data Wars Begin!