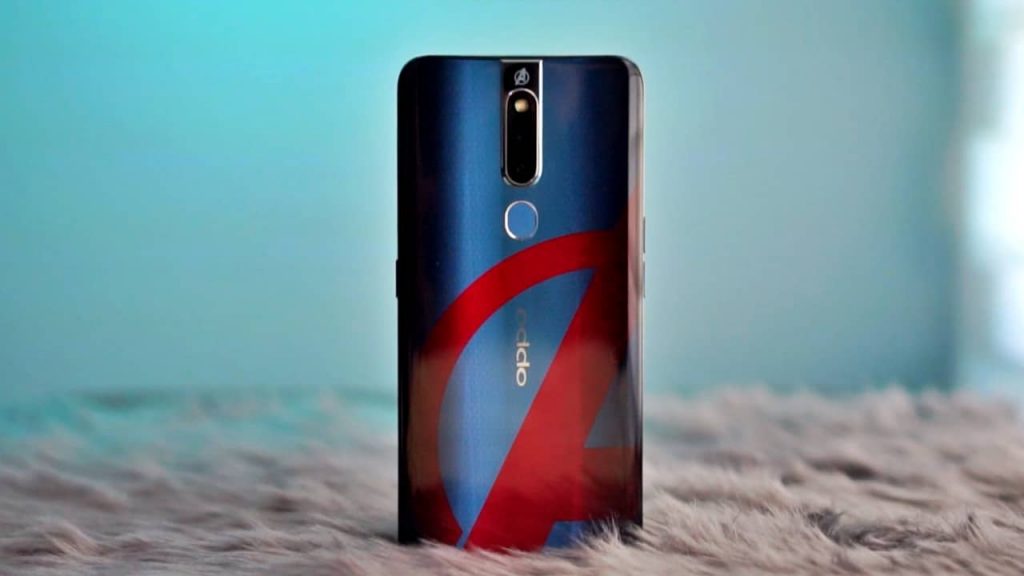 The F11 Pro has been out for a while now. It is a mid-range phone that Oppo first released in India a couple of months ago followed a couple of weeks later by a local launch. The device is based on the historical relationship between Oppo’s F-series and sister company OnePlus’ flagship phones.

With Avengers Endgame movie still topping Box Office charts across the globe, Oppo has put out a special edition phone that ties into Marvel’s cinematic universe, popularly known as the MCU by fans.

The device is now available for pre-order in Kenya. The pre-order window will be open as from 18th May, up until the 24th May with a premium gift box worth Ksh 9,999.

The device differs from the normal Oppo F11 Pro in a couple of ways. The back panel makes use of a shimmery blue gradient with a subtle hexagonal pattern and a cut-off red Avengers “A” logo, which is also featured above the camera module. The phone comes with a blue pleather case that has an embossed Endgame logo and an integrated grip ring/kickstand based on Captain America’s shield. There’s a collectible badge in the box, and the phone ships with custom Avengers wallpaper.

Internally, the two devices are identical. There aren’t any technical differences to the regular model. It still has a Mediatek Helio P70 processor, a 48-megapixel rear-facing camera, a 16-megapixel pop-up selfie camera, a 4,000mAh battery, and a 6.53-inch 1080p LCD display with no notch. The fingerprint sensor is on the back of the phone, and the I/O is provided by a headphone jack and a Micro USB port with support for 20W VOOC fast charging.