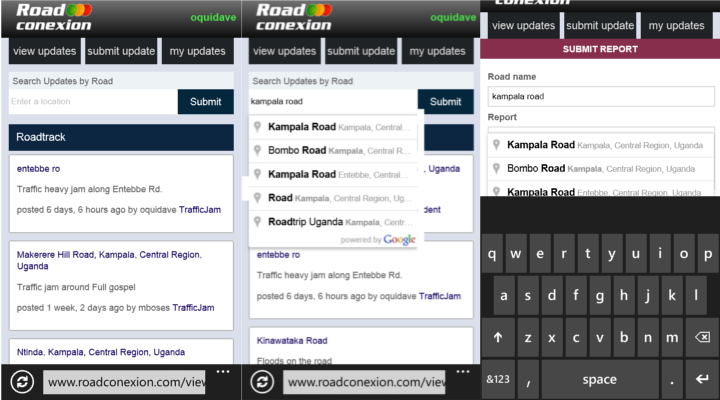 The mobile web App which first won the Tech4Governance hackathon last month has been launched today by a team of 8 developers and graphic designers at Hive Colab which is a coworking space for innovators in Kampala.

Lynn Asiimwe, the lead developer on the project said she hates being in traffic and that’s the reason they built the App.

The App currently runs on all major mobile browsers and lets mobile road users submit road status such as road repairs, accidents, traffic jam on almost any road mapped on Google maps. Users simply login using their Twitter or Facebook accounts for the first time, after which they receive real-time traffic information from other road users.

The App goes head-on against traffic Apps like Waze which as recently bought by Google at $1B and Kenya’s Ma3route except that Roadconexion has started out with a mobile web App to cover even the most basic feature phones.

However, team hopes to roll out a native Android and iOS version of the App which in the coming weeks and monetize once they reach critical mass of users.