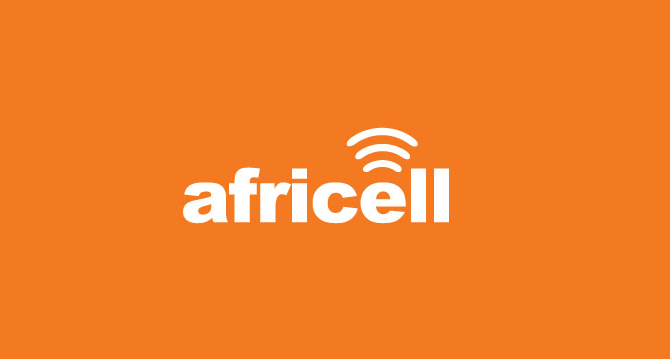 As of 23rd of December 2014, Orange Uganda now Africell sent out messages to it’s customers informing them that they are now officially Africell. They prompted customers to check out their new domain africell.ug which unfortunately is still under construction. They further went ahead to change the logo on the orange.ug website to the Africell logo.

2014 was generally not a good year for Africell. Apart from the difficult take over, the Africell experts brought in to manage the take over were first arrested by the immigration department for not having proper documentation. As the raids continued to Airtel, Vodafone launched in Uganda and unfortunately, they are playing in Orange now Africell’s turf  “internet”. Be that as it may, in 2014 Orange lost the internet battle to MTN as they failed to put together the annual Orange Expo which used to assert their dominance as “King of Internet” in Uganda. MTN went ahead to hold mini internet expos in all major towns of the country cementing their place as the internet provider of choice in 2014. Let’s look at all these events independently and what they mean for Africell in 2015.

The difficult take over:

It has been a hard and long battle for the Gambian telecom giant to enter the Ugandan market as the Orange take over was punctuated with lots of hiccups along the way.The sale was halted a couple of times by court upon suite of Orange for not paying employees their benefits prior to exit. The sale was further halted by UCC the Ugandan communications regulator for some procedural irregularities. The sale and take over were finally concluded and Orange Uganda became Africell. The Orange sign post at the Orange headquarters at clement hill road has been replaced with the Africell signpost.

Losing the 2014 data battle to MTN

Orange Uganda that started in 2009 had curved out a niche as the internet provider of choice. If you wanted fast and reliable internet, the choice was often clear. Orange cemented this position by organizing the annual Orange Expos where they showcased futuristic gadgets and services plus fast internet of course. The much anticipated expo didn’t happen in 2014 giving MTN a chance to take over. MTN was smart enough not to copy Orange, they took a different approach by organizing small Internet Expos in major towns in the country giving them a better and more strategic position as overall internet provider of choice. These expos also act as activations in which companies showcase their latest innovations and also acquire new customers.

As was the fear of many, Orange services began to deteriorate. The number of dropped calls increased and the many began to experience unprecedented slow and or unreliable internet speeds and technical faults. Orange customer care was undoubtedly the best with the shortest turn around time in handling any customer issues. Unfortunately, that is beginning to change too. They occasionally take longer to pick and the transition is affecting their performance and ability to solve customer issues. Orange internet is arguably still the best but Africell has a lot to do to maintain and further improve on what Orange had

There are many reasons as to why it’s easy to predict a rocky forecast for Africell in 2015. We look at some below.

Management and the need to be aggressive and ruthless

Let’s start with how they are managing the transition which seems to be a little sloppy. This is probably not how you want to enter the market. Normally you want to enter with a bang making a promise to the existing customers that there will be continuity of the good services they were enjoying except that things will now even be better.

You also want to extend an open invitation to new customers to join the wave of change sweeping the country. Transitions are generally tough and cost money but I am sure that Africell knew what they were getting into when they acquired Orange Uganda. Africell management needs to handle the transition more seriously.

Orange Uganda noted a lot of fraud cases in 2014 that went unchecked and causing the company loss of money. I am no expert in fraud prevention but I am sure Africell does not want to inherit such issues. Management needs to tighten systems and procedure and make it fool proof. Companies like telecoms that depend a lot on technology for procedural operation are prone to lots of attacks and fraud and as such need to set lots of preventive measures to curb the vice.

Of course a company is only as good as its human resource. Africell needs to source the best local talent in all key departments for the best possible performance. It doesn’t just stop at sourcing, there is making the Africell working environment the best working environment there is. This will enhance productivity, reduce employee turnover and improve internal PR. The effects of this is that employed become brand converts, ambassadors and self appointed marketing agents.

Competition and the need for a critical Customer Base/market share

There are more ISP’s than Telecoms (which in Uganda are also IPS). The problem this poses is that Africell is taking over from Orange as the “Best internet Provider” and maintaining that niche is going to be a little hard. Here is why.

Too many ISPs: Orange has to compete with MTN, Airtel, UTL, SMART, VODAFONE, ROKE, SMILE, DATA net, LIQUID telecom, TANGERINE, IN among many others. The competition is tight especially because most of these providers target the small Kampala population that is apparently most fluent.

Critical mass of customers needed to be profitable:

If the statistics are right, Africell inherited about 700,000 subscribers from Orange. It’s very clear that the numbers have to grow for Africell to actually make money. The biggest challenge will be how will they grow their customer base with all the fierce competition?

Internet Liberated – The data niche needs to be tightened

We anticipate the internet to be liberated with the coming of Google Link. From what we currently know, Google has been laying cable around the entire country in a very expensive venture with a goal of providing accessible and affordable internet around the whole country. unfortunately Google has no intention of dealing with end users like you and me. It is targeting ISPs like those named above. So the edge of having better infrastructure to provide robust internet vanishes since all ISPs will get internet from Google and provide it affordably to end users like you and me.

What this means is that you cannot boast of the fastest around the country anymore because everyone else will/can get the same. It will be a question of price, quality and good customer service.

The challenges are mainly going to be managing the transition to avoid customer churn and rather increase customer acquisition. Sorting out whatever management issues they have so as to consider vertical and horizontal growth as a company. Creating a meaningful customer value proposition solid enough to compete with other service providers.

We would love to know your thoughts in the comments below.