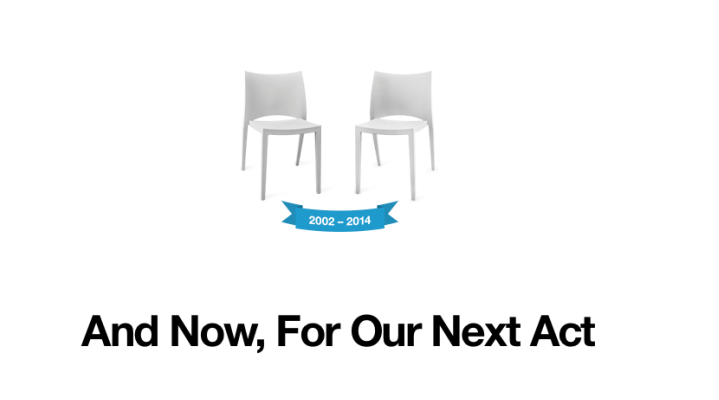 What started as an ad hoc chat between a friend and I would later snowball into one of the biggest tweetstorms of the night by a global tech leader.

Jeremy Bell’s startup in the works, wattage.io, has the most scintillating manifesto I had ever read. It promises to convert that idea you have into a product you can touch. Think of an on demand hardware shop – although the highlight comes in at the conclusion of the lucid pitch – where remotely located user with access to a modern browser can design stuff and gets it printed on the fly, as if magic. Shazam. This reminded me of Elon Musk’s equally whimsical tweet where he was announcing that his company was working on an electronic charger that would pop out of the wall like a metallic snake and juice up your device in record time. Like many other tweets carrying moonshot ideas, I just RT’d and moved on.

Not this time around. I copied in a couple of guys and one of my friends, Daudi, quickly chipped in accompanied with the much clichéd lol. This however felt like he was all chuckles, I reiterated with the lolling but somehow dragged in legendary Silicon Valley VC, Marc Andreessen, in the convo. The sail of the convo jibed Marc for the popular phrase he made about hardware’s fate – a bold one where software eats the world.

A now decade-old dictum reminds us that technology is its worst enemy – as man, the maker keeps outsmarting himself – it’s hard to fathom how it can choose to shoot itself in the foot.

Hard to fathom until you peer into the murky and fast paced world of innovations. A lot is happening; from 3D printing technology, Artificial Intelligence, social media, crypto-utopia among others.

I recall Marc favoriting our tweets – Daudi and I – about the hardware startup, wattage.io, where I had jokingly remarked that hardware was poised to eat software for lunch this time around. At this time I was awestruck at Marc’s actions, but then again, we were drawing conclusions that perhaps he could have been interested in what the hardware startup had in store. Perhaps. But then gain, I moved on with my usual internet browsing activities.

News had already trickled into my feed that Teehan+Lax had been acqui-hired by Facebook. To those who may not know T+L, they are a Toronto-based design agency that has had world class stints designing medium.com, Globe & Mail among the millions of iOS psd mockups that they created and widely shared.

I took it to social media, Twitter, to show my discontentment on why T+L had sold out.

In less than 140 characters I vented out. It seems, the punchline of the tweet was, “Some companies should never sell out. Whatsoever.” Daudi, again, he must have been in the zone, shot back citing that all businesses would sell out at a price that made their knees weak, that couple of billion dollars is the value of priceless. What happened to that pride that is beyond measure, with which a company can’t sell out? Apparently, such, as Luis Vuitton’s where the excess merchandise is disposed of at the close of the year instead of selling at a loss. Huh, these guys are somewhat extreme but that’s how far pride can get. And it varies.

In a spilt second, Jeremy Bell intervened into the conversation. Jeremy is a former partner of T+L who left in 2014 to build his startup, wattage.io. He seemed determined to give us an exclusive of what we were earlier discussing. In a tweetstorm, an approach where an avalanche of tweets are sent out in succession regarding a particular topic, Jeremy corrected us. His candor is a delightful read.

He argued that T+L put pride, workers and their startup before money but speculated that different factors could have bred the sale.

@valanchee @DaudiNanambi It’s far complicated than that. We always prioritized pride, staff and the work before money

He concurs, his exit from the 12 year design agency could have sired the disintegration of the original vision and thus the remaining partners sold out to ensure continuity.

@valanchee @DaudiNanambi Yes, my departure may have been the catalyst, but after 12 years you can’t fault them for wanting something new — Jeremy Bell (@jeremybell) January 16, 2015

He says that the agency had initially received a couple of offers in millions of dollars which they turned down, however, the conditions could have been optimal for an acqui-hire. Sure, Jeremy’s depiction is apt and possibly matched to that of an insider. However, the incompleteness that is harboured in the details is equally important.

It doesn’t matter anyway, the Facebook design team has got a tad more talent and we should brace ourselves for mega UI/UX tweaks on the Facebook product line.

Jeremy caps that it was for the better of the team, somethings were just beyond their control.

Checkout the thread of the chat here.

3 thoughts on “Former Teehan+Lax partner: In startups, it’s not always about the money”