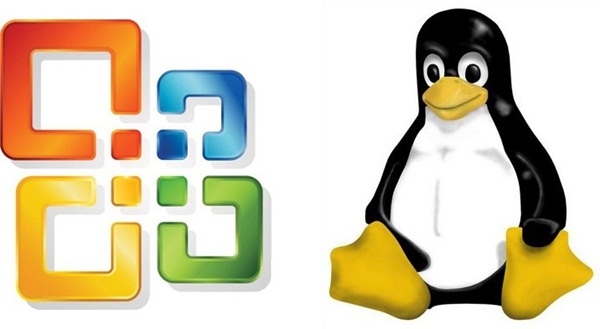 It seems thanks to the increasing market-share of Android devices and the rise of Linux on the desktop thanks to the many commercial Linux gaming initiatives that have been shared in recent months, Microsoft is being forced to take a serious look at Linux and a meaningful look at releasing their popular Office software for Linux in 2014.

This development earlier this month took opensource enthusiasts globally and locally by surprise. This is because Microsoft has not been seeing eye-to-eye(like Microsoft’s fierce opposition to supporting the OpenDocument format) with the opensource community specifically the Linux folks for decades, though there have been discrete accounts where Microsoft showed some love for the Linux camp.

Ordinarily, it’s not been possible to install windows software on Linux based Operating systems, however, there’s been a workaround of running Microsoft Office on Linux using “Crossover Office” by CodeWeavers or using the popular Windows emulator called Wine. So Linux users have been using Openoffice and more recently Libreoffice(yes there’s lots of politics in opensource too) as alternative office productivity suits.

So when when Jake Markhus posted the story on Linux User group emailing list which am put of, Stephen S Musoke, a re-known software developer  who currently works as a Program Coordinator at Mercy Corps had this to say;

For Microsoft Office is now a bigger cash cow than Windows, and with tablets/smartphones eating PCs for lunch plus Google Docs now stable and growing, M$FT has to follow the money for its office franchise hence the push for Office 365 (browser based) and Linux.

Its just about the Office money … not Linux love. Remember since Hyper-V support is built into the Linux Kernel (with Microsoft support) plus Mono for .NET this may be easier than a complete rewrite.

Personally am a full time linux user who does lots of document creation given my kind of work.Personally speaking, I don’t use MS word and rarely do i use Libreoffice on my Opensuse laptop! In response to Stephen, I think;

I agree with Stephen. The rise of browser has abstracted whatever underlining operating system users are using. As long as they just have a modern browser that connects to the internet, web applications such as zoho, google docs that are browser based completely nullify the need for MS word installed on Windows X. Coupled with that, online editors like blog software (wordpress, blogger), email editors are becoming so advanced that you wouldn’t compose a blog or an email from MS word first before publishing or sending it.

Now speaking native apps, already Android already has enough good-enough document processors. MS Word only has a strong brand that will be strong enough to entice android users to download it.

And to sum up the arguments, Paul Bagyenda says;

I don’t know. My instinct is that the cloud-only office will prove as elusive as the paperless office. There are some things that enterprises will want to keep local, and document stores are going to be one example. As long as MS Office is the de facto standard, MS Office will keep being a powerful weapon for MS. Sure, Android is growing, and there are lots of office tools on that, but a) Tablets will likely not be the primary computing device in offices and b) You only get $9.99 (at most) per tablet as opposed to (say) $99.99 per desktop.

So to answer the question — will it matter? I think it depends; for me, it won’t matter as i’ve been using alternative browser-based editors to do word processing and creation. For the enterprise, as Paul has well stated, Microsoft has a strong footprint in there with its ecosystem of enterprise software solution(which work flawlessly), it won’t really matter to them as long as their current setup(which is Office on Windows) solves their current problems.