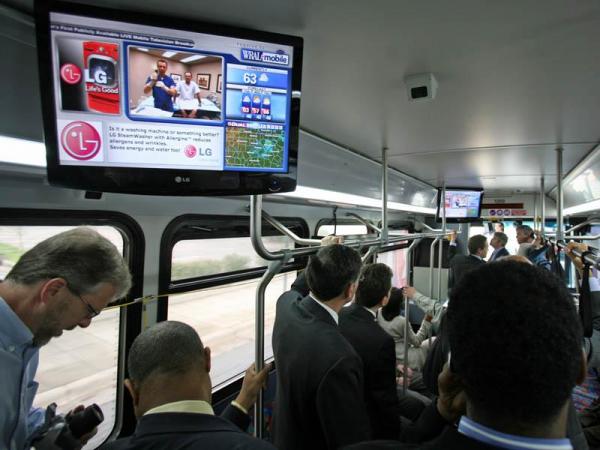 Imagine catching your favourite local TV show while caught up in a crazy jam,  while in taxi or while having a hair cut. Up until now we’re used to the idea of watching TV only from a huge screen statically  located in our living rooms. If one moved out even just to the next room, then that’s where the whole idea of TV ends!

On the contrary,  our radios , phones,  computers are not like that. We can move with them anywhere we like. However despite the fact that TV is much older than all these consumer electronics with the exception of radio,  the almost 100 year technology terribly lags behind  its counterparts in adapting to new consumer behaviour and trends.

But that is all about to change thanks to mobile Digital TV(DTV).  Not only will you view high resolution pictures on a digital ready TV set at home,  now you’ll be able to view TV on the go.  DTV chipset manufacturers in partnership with smart phone vendors and car manufacturers will integrate TV on smart phones, car entertainment systems, bill boards and just about any display system out there.

This has  already taken effect in Asian countries like China, Singapore, Taiwan.  Here in Uganda,  Digital TV service provider – startimes with its smart phone(get name, specs and model of smart phone) offering is bringing digital TV in the hands of mobile  subscribers.  The handset goes for Ug Shs 340,000(~$150) and it’s a GSM dual SIM card with two batteries, email support, FM radio, video and MP3 player among other basic functionalities.

TV in City buses and your personal car
Soon don’t be surprised to find digital TV integrated in the new in-city buses that will provide passengers with entertainment as they endure the usual crazy jams around Kampala.  This will ofcourse be some form of value added service by the bus service to keep its customers happy.  I won’t be surprised to find taxis(Matatus) , airport taxis and special hires jump into the mobile TV band wagon to keep their passengers engaged while traveling or waiting.   Those owning personal cars may want to compliment their usual audio radios and mp3 players with a digital TV system. To confirm my suspicions, I spoke with Mr. Mark Wang the marketing manager of startimes Uganda via email and he had this to say;

“For our mobile tv products, the biggest size is 7 inch. And two of them are for cars. But for city buses and shops, the size is not big enough. Our programming is chosen to be comprehensive, which means we have channels of any kind like sports, music, news, local, documentary, etc.”

How about turning your phone into a DVR

The possibilities are indeed intriguing.  But perhaps my most exciting one is turning my DTV-ready smart phone into a DVR(Digital Video Recorder). DVRs are not a common technology here in Africa because they require mainly digital TV like cable or Satellite TV to work. Digital Satellite TV provider  DSTV has been experimenting with its costly($999) PVR decoder that enables viewers to record TV showers, pause live TV among other things, but it has not  been very successful. Now my smart phone with probably “just another app” could do exactly what the $999 DSTV PVR decoder does!  Obviously my phone will first of need outrageous amounts of memory to do such a thing–probably available via a high end SD card.
Forget slow 3G or your phone Memory limitations

Up until now,  the only ways I can access video on my phone is either through my SD card – after transferring files from my PC or by streaming online video content such as that from  YouTube. With the former,  am limited by my personal video library collection and phone memory while with the latter, am limited by my operator’s (MTN uganda or Orange) Mobile internet speeds – which are still notoriously slow. However, with mobile DTV, all these constrains are completely circumvented and all I need to worry about is perhaps  my battery.

Mobile TV won’t be without constraints.  For starters, the picture of a big screen TV set in viewers’ living rooms while they comfortably watch the big  screen in a “lay back ” position won’t easily  leave their minds.  Mobile TV will have to be viewed on relatively smaller screens which can’t compare to the living room wide screen experience.

Thirdly, there will be safety concerns.  Listening to radio while driving isn’t as bad as texting while driving.  But watching TV while driving is catastrophic.  We humans aren’t as good as our computers when it comes to multitasking.  So may be we shall have TV/display screens for guys in at the back seat but not anywhere close to the drivers dashboard.

Conclusion
The advent of Mobile TV will bring entertainment and information closer to us the same way that mobile handsets enabled more flexible and increased communication. Broadcasters may adjust their programing to suit the road warrior, Digital TV service providers may fight for frequency spectrum, Digital TV chipset manufacturers will have a new ball game of endless mobile devices they can integrate with and consumers will enjoy entertainment and information now  closer to them.