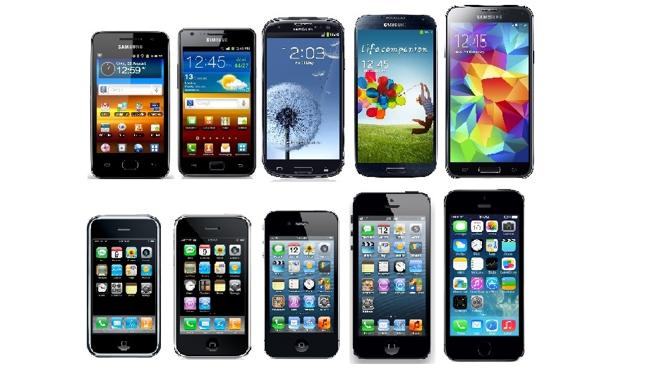 Every single quarter, we see phone manufacturers releasing new smartphones and tablets claiming that they are the best devices yet. Every single year they struggle to beat last years specifications trying to cram crazy specs in tiny devices in attempt to claim the top device manufacturer position. They try to convince consumers that the better the specs, the better the device which even though it’s desirable isn’t always true. What this has caused is that many device manufacturers have gotten into a specs race. From basic processors a few years ago to complex and costly technology.

Today, we have phones that run 64bit operating systems with 2.5Ghz+ clock speeds, 3GB RAM, up to 64GB ROM expandable, 20MP+ cameras plus a host of other crazy specifications and yet, just a few years back, even having 256MB RAM on a phone was like a miracle. We had VGA cameras and we would brag about them so much that when 1.3MP cameras came they were the future. Today very few can stand a phone with 256MB RAM and 2MP camera.

Where it all began:

It began with the decline of Nokia and Blackberry. It was about 2006 when they there was a fundamental shift in technology that saw Apple make the first iPhone that was released in 2007 and later the iPad. The reason this was a fundamental was because Apple was able to fit an entire operating system in a phone making it do a little more than it was able to do before.

It was hardly a year later that Google released it’s Android operating system on their first phone called the Nexus 1. The marketing at the time was bent on how the phone was as good as a computer. The iPhone for-instance was an iPod, a phone and an internet device in one. With Samsung joining the Android band wagon a few years later with their Samsung Galaxy S, everything changed. The battle lines had been drawn.

How Apple did it differently

It still shocks people that even the latest iPhone 6 and 6 Plus just have 1GB of RAM. How did they pull it off? The thinking is that less RAM means a phone is slow and hangs all the time. True or false, it doesn’t work that way for iOS.

The specs race has mainly been on the Android turf. When it comes to Apple, they seem to be more on a software than specs race. Since Android was open sourced, it means anyone could get on board the Android train and do whatever they wanted with it. This was a bad and good thing. Samsung, LG, HTC, Sony, Huawei, Motorola among others joined the Android camp and had to compete to gain market share. To compete effectively, they tried to customize the Android OS for their devices. Samsung had “TouchWiz” , HTC had “Sense” and Huawei later developed the “Emotion” UI. However, this didn’t seem like it was enough. They had to use specs to become superior to others. So it was about who had more RAM, clock speeds, memory and software gimmicks among others.

Since iOS was exclusive to Apple, they could only compete against themselves. Instead of getting on board the specs race, they focused on customizing their software to function seamlessly with the specs they want. So while the HTC M9, OnePlus One, Galaxy S6, Huawei P8 have 3GB RAM, the iPhone 6 and the iPad have only 1GB of RAM.

How far will the Android Specs Race go?

It’s hard to tell because, if they make it about specs, then there’s no telling how far they will push specifications. Take notebooks for example, there are very powerful laptops but they evolved with time and a little more naturally with a focus on solving needs and functionality. If you want a laptop with 32GB or RAM, you can find it but it’s not the standard PC being sold at your local computer retailer like smartphones are today.

Making phones posses a lot of power can only have one effect – dethroning the mighty PC as was earlier predicted. We have seen this with the Ubuntu phone which could be turned into a fully fledged PC if connected to a monitor. Smartphones and tablets will become capable of more complex functions than earlier anticipated because they posses the power to do so. All this advancement seems to be a preparation for the much anticipated “Internet of Things” where all your devices  communicate with each other and are more intelligent. Devices will play a central role in making this happen.

It’s really hard to pitch one against the other since they power each other. Software has played a great role in what smartphones are today. As a matter of fact, there would be no smartphones if there was no software at play. With the coming of iOS and Android, devices were changed for ever. The App economy was born with there being an app made for almost anything. My biggest argument as cited in the Apple example, we do not need monster specs to compete we rather need more intelligent software to work with basically any hardware.

Google tried this with the release of Android 4.4 Kitkat that they mentioned would work well on any phone with at least 512MB RAM. Unfortunately with Google not being entirely in control of it’s OS, they could not get the OS on all the phones they wanted it to be on.

So what is the future of smartphones?

With Artificial Intelligence (AI)and Machine Learning(ML), hardware and software are going to have to work together to create a whole new dimension in the functionality of devices. Smartphones are becoming more intelligent by ably and accurately reading data generated by your usage of them. For example, a phone can always tell your location, the speed with which you’re moving, your temperature and lately even heart beat.

With all the information we share on social media, phones can also pick up what you love or hate to do, what you ate today. It can literally understand your habits and lifestyle. A smartphone currently collects a lot of data about you using it’s inbuilt sensors that it’s possible to predict the future or give you vital information concerning your life. We shall be going more into what smartphones can do and what they will be able to do in the future in a another article.

The future is one where hardware is powered by software to enhance the ability and functionality of all our devices and I don’t see why we should have monster specs seeing as these come at a cost in terms of manufacturing and resources. We should rather use software to power specs rather than vice versa.

*This is the first article in a 3 part series analyzing the future of smartphones/devices.