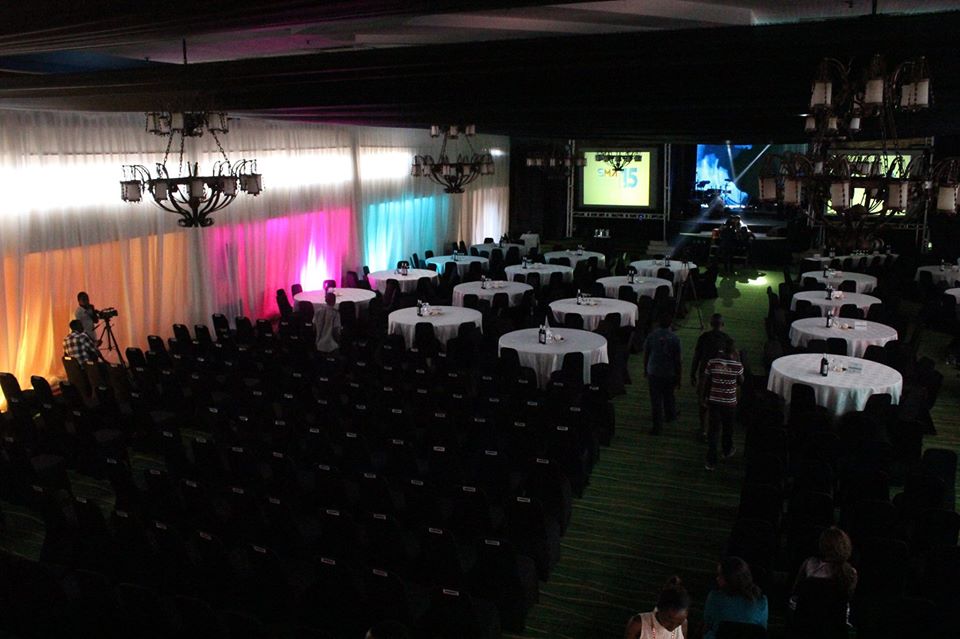 If one could borrow any three rhyming adjectives to describe the awards night, the aforementioned would be atop the favorites list.

Time-check, 8p.m, the event has kicked off in earnest, an hour later the scheduled time. Not so bad. The ambiance is one to kill for, the dimly lit conference hall filled to capacity with beautifully dressed ladies and gents. Strobe lights beaming from all corners of the platform, the spotlight is on.

14 winners from various categories walked away with shiny glass awards curved a la Facebook Like button except the for the categories; best YouTube video/channel and best Photography which were curved out of wood with matte finishing.

Best Brand of the year

There is nothing as saddening as handing over an award to your rival. This is exactly what transpired at the SMA15, Dj Bush Baby, the manager of Urban TV Uganda handed over the award for best innovation to NTV Mobi, a mobile app which is owned by rival media company, NTV Uganda.

Humans are puny and so are CEOs, see what Vision Group chair, Robert Kabushenga, tweeted to one of its subsidiary companies.

Robert is at it again #SMA15 RT @rkabushenga:@UrbanTVUganda have u won anything?

There was a dirty joke made on social media about OLX repainting the award it had just won and reselling it via its platform.

Then, for bigeye.ug, upon clinching the award for best entertainment website, Edwin Jr., on behalf of the team had the worst acceptance speech of the night. The MC jibed at the poor lad for having abused the Queen’s language.

Out of the 14 categories, there were only 3 individual winners and for that reason, no prizes for guessing that these awards were majorly focused on awarding brands and established firms. However, the winners are those that fully embraced social media in furthering their prospects, and notably engaging with their audience/customers. Not so an-ha! 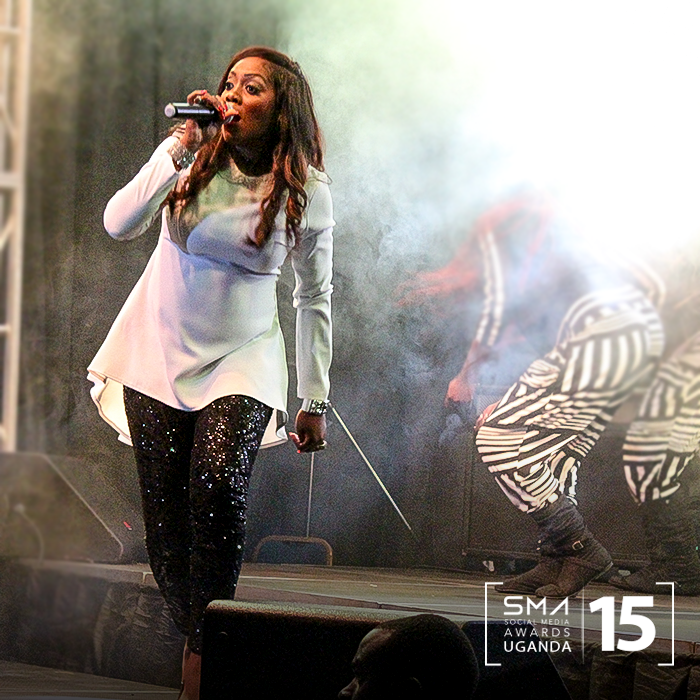 On a highlighter note, two heavy women seemed to have crowned the night. First was Seanice Kacungira, the CEO of BluFlamingo, the company behind SMA. The bubbly lady charmed the audience with a lengthy speech about the organisation of the ceremony coupled with punctuated pithy aphorisms. Followed closely by Tiwa Savage, despite her heaviness, had such an energetic and electric performance of her major hits such as Eminado and Dorobucci

And then, the selfies took over again, under the hashtag #Showyourselfie, it was indeed reiterated that Social media discovered the Selfie-gene, closely related to Charles Darwin’s Selfish-gene advanced in the evolution theory.