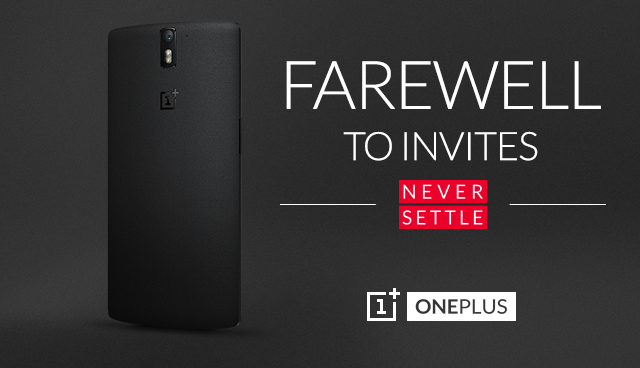 The Oneplus One is now available to purchase without an invite or having to wait till Tuesday every week. Oneplus One announced this on their Twitter and Facebook profiles in celebration of their first birthday.

It’s been a year since Oneplus One was launched onto the market. At the time it was launched, you could only get the device if you had an invite. Getting an invite in itself was so technical that you would think people would have moved on.
Oneplus used this strategy to create a buzz and grow it’s community hitting a million plus likes on Facebook in less than a year without ever sponsoring the page.

Earlier this year, they made an adjustment to the invite system allowing anyone to purchase the device every Tuesday without an invite. Today, they finally scrapped off the much complained about invite system.

The OnePlus One dubbed the 2014 Flagship Killer at the time, came with crazy specifications that got a lot of positive reviews world over and a couple of criticisms too. But that didn’t stop the Chinese startup from flourishing. Since launch, they have set I promised shop in India and continue their global expansions.