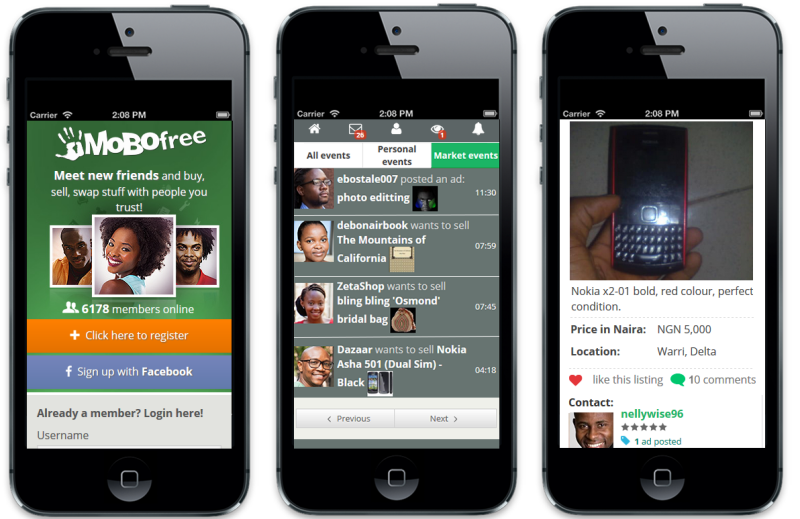 MOBOfree.com, an African social marketplace, today announced that it had experienced an increase of more than 44% in the number of registered users.

With 4 million registered users, including 2 million monthly active users in Nigeria and a strong footprint in Uganda and Zimbabwe, MOBOfree is one of the largest and most successful classifieds platforms in Africa according to a press release the company just sent out.

“Online trading is growing rapidly across Africa as the IT and mobile infrastructure across the continent continues improving. Despite that, part of our challenge still is convincing people of the value of using the internet to buy, sell or swap items and services,” said Cristobal Alonso, CEO and co-founder of MOBOfree. “In line with that, we understand that African countries have their own culture, different rates of internet, mobile and smartphone penetration, so every African market should be approached with an individual strategy. Things that work in Europe or United States can be totally unacceptable for African users. MOBOfree entered the African markets with a unique concept as it connects social networks and classifieds together in a single platform. The substantial growth achieved by MOBOfree confirms that this concept is well accepted in African markets as number of users is quickly growing and more and more people seem to prefer MOBOfree to traditional classifieds companies,”  added Alonso.

Nigeria’s e-commerce market is developing rapidly, with an estimated growth rate of 25% annually and a potential worth of $10 billion – with around 300,000 online orders currently being placed on a daily basis. A report released by McKinsey & Company indicated that e-commerce could account for 10 % of retail sales in Nigeria, Africa’s largest economies, by 2025.

The MOBOfree technological platform makes buying and selling online easy for any African user with any device, not only for PCs and smartphones but also for old phones with small screens (known as “feature” phones).