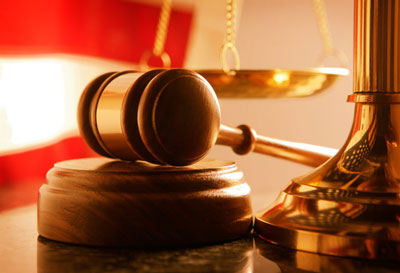 Once upon a time, all those carrying out financial issues in Uganda e.g commercial banks, deposit taking institutions etc had to be operated and regulated under a law called the Financial Institutions Act [2004].

Then mobile phone companies [telecom companies] came to Uganda. These came and operated under licence issued to them by the government and now regulated by the Uganda Communications Commission (UCC).

Now, Uganda Communication Commission is the regulator of telecom providers, and also determines if the telecom is living up to standard, or even operating beyond its licence or even not operating properly (you all remember the case where a certain telecom provider was fined over Shs. 5bn for breaching certain UCC directives ).

Then some brilliant chaps came up with a way in which money (mullah, cash, damage, maali, etofalli etc ) could be transferred through mobile phones.

Then two concerned Ugandans, Kimberley Kasana and Hon Abdu Katuntu (also an MP for Bugweri County, but in this case, he came as a concerned Ugandan) came and said; hmm, now these telecom companies are carrying out mobile money operations which are financial transactions, and supposed to be regulated by the Financial Institutions Act, and not only under the licence given to them by the Uganda Communication Commission among other things.

Now you see, if you are a concerned citizen, then under the law, you can bring to court what is called a Public interest “case” in the exercise of their duties as citizens under article 17 of the Constitution. Basically, you will be telling court that this issue affects so many members of the public and so a decision needs to be made.

So Abdu Katuntu and Kimberley Kasana went to the High court and sued the following defendants;

Now in this issue, they asked court for the following;

Court said, now we know that there might be a case here, but you see, under the Uganda Communication Commission Act, if someone says the telecom is operating beyond it’s licence, then the matter should be reported to the Uganda Communication Commission, which has what is called a Tribunal, which is the right body to decide this issue. (Basically, it could also mean that a matter of this kind should not be brought to court before first going to the said Tribunal.)

And among other things, court told them to first take this matter to the Tribunal and see what they say before thinking of other alternatives e.g Court.

But according to media reports, Hon Katuntu and Kimberley Kasana are not happy with this decision and so they said it will be appealed i.e he will try to ask a higher court to look at this decision and if possible, cancel it and come up with a decision in his favour.

A special thanks to the good guys at Barefoot Law for breaking down the legal proceedings in simple and digestible paragraphs.