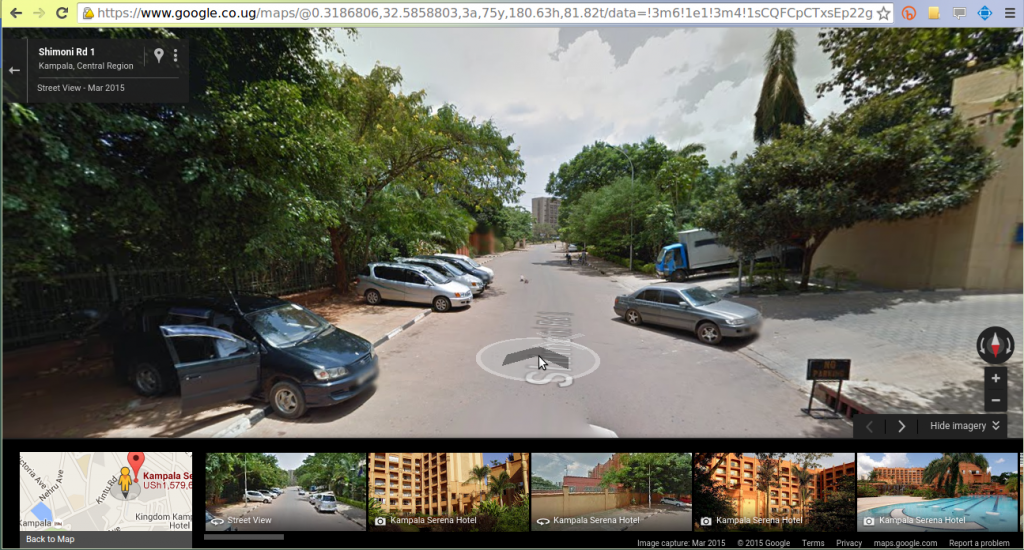 If you’re surprised about this, you’re not alone. Yes Google street view has been available in Uganda for apparently 8 months now and we had absolutely no idea about it too. Thanks to a tip-off from Obel, I started navigating streets of Kampala on Google maps to see the areas that have been captured.

Google street View enables you to explore world landmarks, discover natural wonders, and step inside locations such as museums, arenas, restaurants and small businesses with 360-degree images on Google Maps. 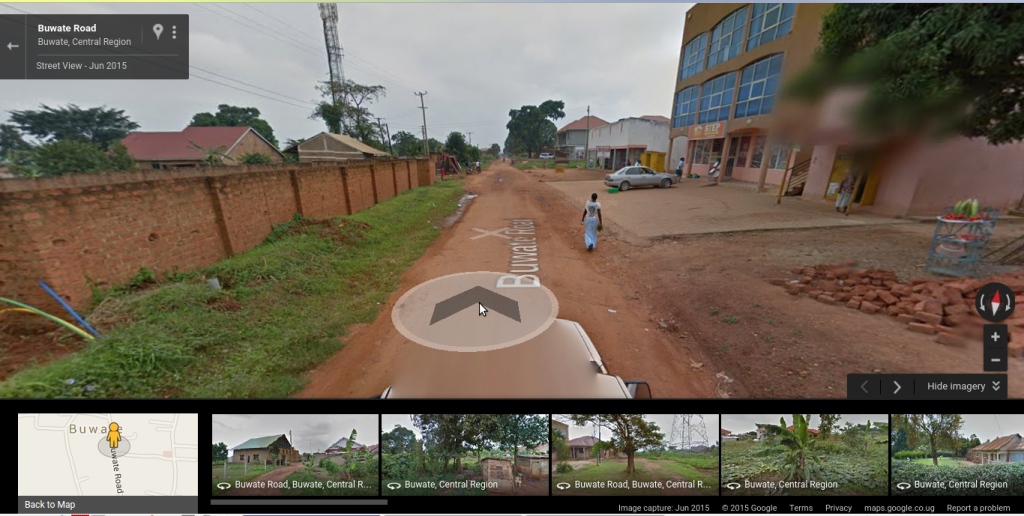 A big part of Kampala streets has been captured including surrounding suburbs. Some parts of Buwate for instance which is in Najjera have already been traversed.

If you’re wondering why you didn’t see Google cars with cameras doing the image capturing, well that’s because the project wasn’t directly managed by Google according to our sources. Apparently the project is under Kampala Capital City Authority (KCCA) which subcontracted another company to work with Google. We are yet to confirm that.