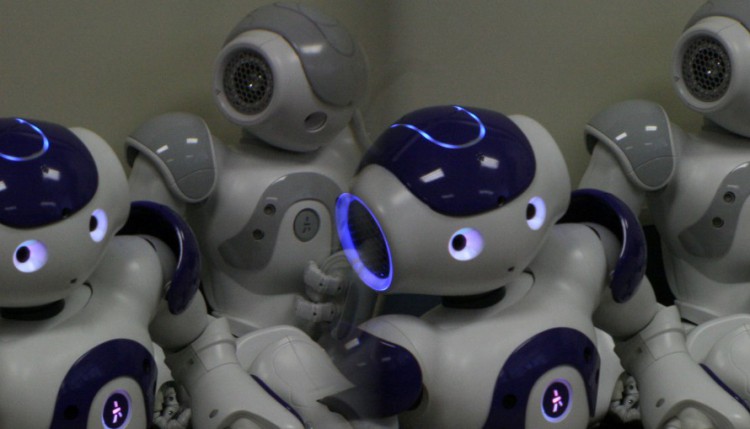 Major players in the tech industry including Google and Microsoft have bet big money on the rise of internet bots as a form of communication between man and machine. While not the eerily humanoid robots in sci-fi movies (yet), the advancement and refinement of the bots’ mechanical psyche parallel to the development of robotic parts is one step closer to merging the two. That is if it hasn’t happened already.

Isaac Asimov was a prolific sci-fi writer and Professor of Biochemistry at Boston University and is regarded by many as the father of robotics. In his I,Robot short stories initially published between 1940 and 1950, Isaac Asimov mirrored the inherent fear humans share at a possible future robot invasion when he wrote the three laws robots ought to adhere to:

“The Three Laws of Robotics
1: A robot may not injure a human being or, through inaction, allow a human being to come to harm;
2: A robot must obey the orders given it by human beings except where such orders would conflict with the First Law;
3: A robot must protect its own existence as long as such protection does not conflict with the First or Second Law;
The Zeroth Law: A robot may not harm humanity, or, by inaction, allow humanity to come to harm.”
― Isaac Asimov, I, Robot

Garry Kasparov, one of the greatest Chess Grandmasters of all time was bested by IBM’s Deep Blue AI in 1997. Recently Google’s AlphaGo AI defeated Lee Sedol, one of the world’s top players of Go. Go is an ancient board game originating in China that is considered far more complex than Chess; a player literally has trillions of possible moves they can make at any given time. Up until now, AIs had never been able to defeat human players at Go. Other than Chess and Go, AIs have defeated humans in Checkers Jeopardy! and Othello showing an aptitude for strategy, probability and math (which computers have proved they do better). But the question on everybody’s lips is, Can AIs be sentient? 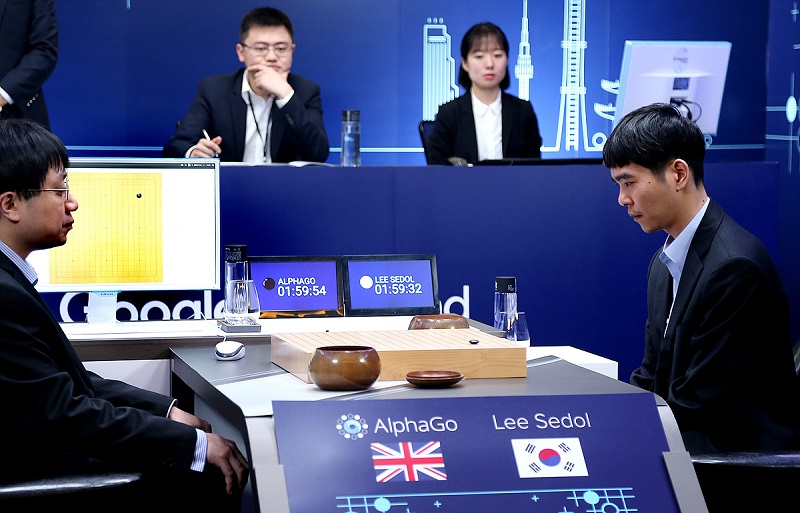 An Internet bot, also known as web robot, WWW robot or simply bot, is a software application that runs automated tasks (scripts) over the Internet.

A robot is a mechanical or virtual artificial agent, usually an electro-mechanical machine that is guided by a computer programor electronic circuitry. ~Wikipedia

Here’s a rather long list of virtual assistant bots

Tweetville had a field day in March with the inappropriate Microsoft Twitter bot which single-handedly took the bot uprising’s sympathisers back to the drawing board. In less than 24 hours, the new-born AI chatbot named Tay had absorbed some of humanity’s worst traits among which was racism and sexism. While the hilarity of the social blunder was good for a laugh or two, what we should realise is that it’s better for Microsoft to experience these issues beforehand so they can build a better AI in the future. Gartner research vice-president Andrew White had this to say about Tay on the Gartner Blog

Now Microsoft has, presumably, to add additional nanopositioner software for sale to monitor the seeding of data to Tay in order to filter out content that might get misconstrued and used to create pathways that lead to offending responses. At some level this is easy: ignore these kinds of words (add example here) absolutely and prevent them from entering memory. And do not use these words ever. But at another level this can become quite complex quickly. What is the context of some words, and might some uses be acceptable? Under what conditions is that use acceptability?
Perhaps Tay needs a ‘ethical acceptability’ switch that users can dial-up or dial-down. Maybe the switch needs to come in different cultural versions? Algorithms to monitor algorithms?

Cyber criminals have a taken a more sinister approach to utilising bots. Malicious internet bots such as Spam bots and Spy bots are rigged to be a menace for the end user. Malicious bots can do anything from jamming your inbox with spam emails to sniffing your computer for passwords and anything in between the bot owner wants done. Bots are hard to detect by many anti-virus software making them such efficient tools for criminals. It should be noted that internet bots are not inherently evil; simply tools to be used towards any given agenda. Bots are often used as monitoring tools to raise awareness on certain issues 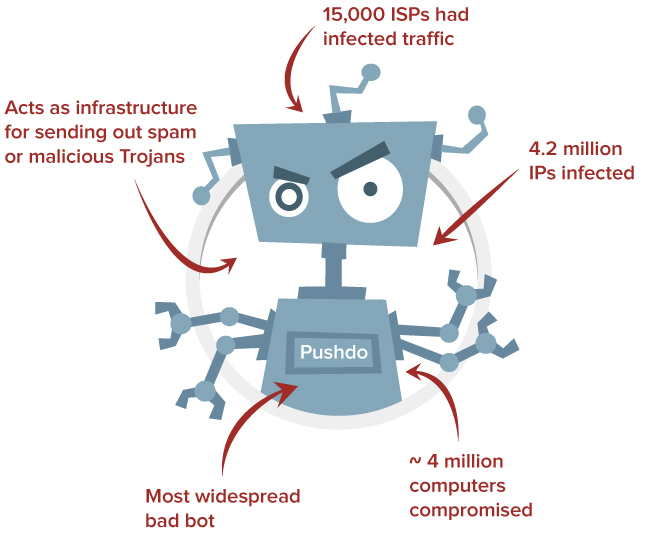 Internet bots have been used on social media for a while with the intention of subtly influencing public opinion. A feature on DW showed how social bots could easily be used for generating video views. Their algorithms mimic humans so well that it has been said that 30% of users cannot tell the difference between bot and human. It is estimated that about 7% of twitter accounts are bots. The goal of Social bots is to steer people towards buying product, relate with a certain politician or feel a certain way about issues of contention. A study claims (PDF) that some 5000 bots were at play during the Uganda Presidential Elections of 2016 tweeting government propaganda. A convicted Colombian political ‘fixer’, Andrés Sepúlveda rigged elections throughout South America employing an army of twitter bots to create trends in his clients’ favour.

Excusing the teenage dirtbag AI (Tay was modeled after a 19 year old girl), Microsoft has staked its money on the Virtual Assistant, Cortana. If it boils down to a count of heads, Cortana which is available on PCs, Tablets and Smartphones fairs well with Apple’s Siri and Google Now. Siri and Google Now are caged in their respective eco-systems unlike Cortana. Cortana Intelligence Suite aims to manage big data and advanced analytics into what Microsoft calls ‘Intelligent action’ which can be implemented in Manufacturing, Retail, Healthcare and Financial services to start with in order to improve productivity.

Microsoft is working on integrating Cortana in Skype to manage the bots platform. Cortana will be able to plan schedules, shop among other functions on your behalf. Working as a middleman or butler if you like, Cortana will hire internet bots suited for certain functions such as booking hotels or air tickets, combing the internet for best deals before you shop, etc. When the bots are no longer needed, Cortana will get rid of them for you. Currently a Skype Translator bot is able to translate Skype conversations in real time breaking down language barriers like never before. 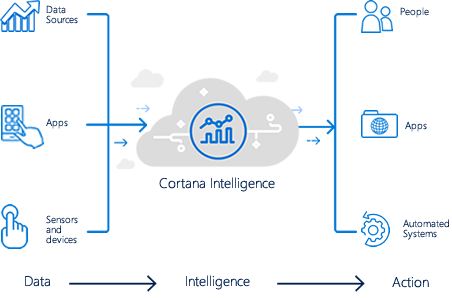 Large amounts of natural language data is collected by companies such as Google and Microsoft, processed and analysed to improve upon human user interaction with artificial intelligence. Gone are the days when someone had to fake an American or a British accent for a Virtual Assistant to make out what you were saying. Google Now can pick up the words from 5 year old in Africa as easily as one in Europe

Bots have been in existence for about 50 years but it’s only recently that the market has warmed up to them. Telegram instant messenger can be credited for showcasing the limitless potential of bots in the user consumption of online content. Bots like @TriviaBot, @PollBot, @ImageBot, @GitHubBot are hugely popular. Telegram’s bot platform which was launched in 2015 now has thousands of bots thanks to third-party developers who create bots using Bot APIs provided by Telegram. 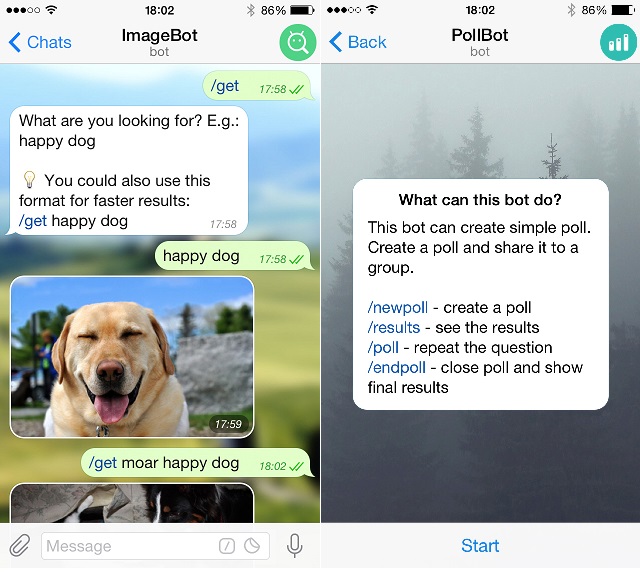 It is rumored that Facebook will soon provide API tools as well to developers in order to build chatbots for Facebook Messenger. Facebook’s 900 million user base is such tempting bait for any developer of note so we expect a floodgate of bots for just about anything you can think of. Kik, an instant messenger popular among teens in the USA, already has a bot store along with Slack (cloud-based team collaboration tool), Line (messenger popular in Japan), WeChat and Twitter that has used bots for years. Bots can used to search, shop, play, broadcast, book reservations, remind users of tidbits of information and more.

5 thoughts on “Rise of the Bots: How software robots and AI are redefining how we live and communicate”