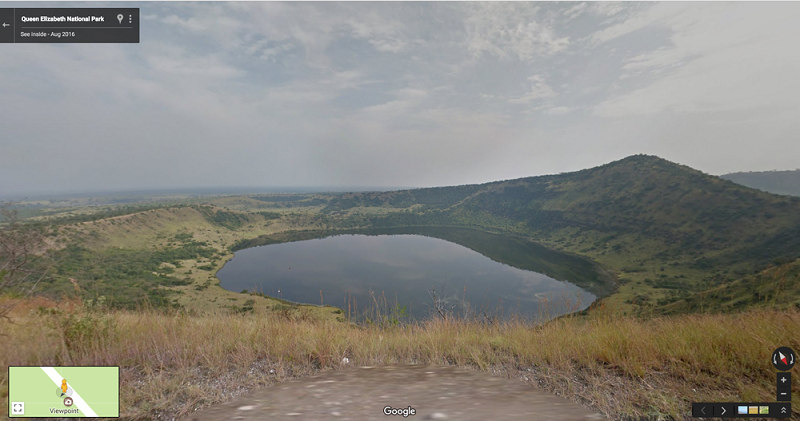 In a bid to promote tourism in Uganda, Google has partnered with the Uganda Wildlife Authority (UWA) to capture imagery of some of Uganda’s most beautiful and iconic National Parks, home to an amazing variety of wildlife.

Most of this was done with Google’s Street View Trekker, either carried by the team or mounted on a vehicle, they travelled through seven parks, including the stunning Queen Elizabeth National Park, which is home to 10 primate species, including chimpanzees, and more than 600 species of birds.

You can view some of what they have done on web – It is amazing.

According to the Google Blog, starting today, you can take virtual tours of some of the most iconic landmarks and monuments in Uganda, Ghana and Senegal. That means Street View now covers 81 countries from across the world, and seven in Africa.

We’re excited that what began with a few South African cities in 2009, has now expanded to many other cities in seven countries across the continent. From Cape Town to Botswana, Kenya, Tanzania and now Ghana, Uganda and Senegal, we’re glad that more people from around the world can get a glimpse of this beautiful continent. We think you’ll be tempted to pack your own cameras to explore in person as well!

Google Street View is a technology featured in Google Maps and Google Earth that provides panoramic views from positions along many streets in the world. It was launched in 2007 in several cities in the United States, and has since expanded to include cities and rural areas worldwide. Streets with Street View imagery available are shown as blue lines on Google Maps.

Google Street View displays panoramas of stitched images. Most photography is done by car, but some is done by trekker, tricycle, walking, boat, snowmobile, and underwater apparatus.