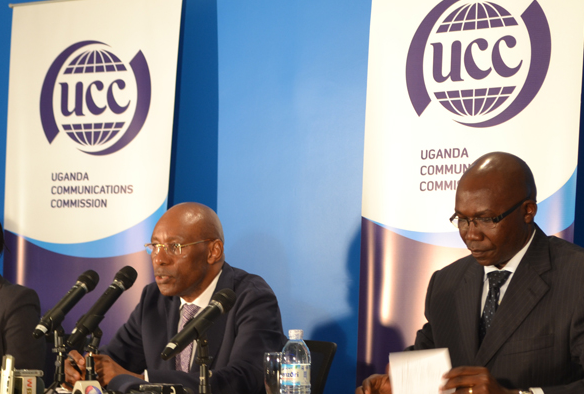 In a letter, dated 19th April 2017, addressed to the Executive Director of the Uganda Communications Commission (UCC), the Prime Minister of Uganda has directed the body to extend the on-going SIM card verification and Validation exercise until 19th May 2017.

This follows the recent order that UCC made directing all telecommunications service providers to verify all SIM card subscriber details within 7 days from Wednesday 12th April 2017, using their National IDs and passports, failure of which the un-updated SIM cards would be deactivated.

This directive caused a lot of disorganization and panic among Ugandans with many questions raised on the fate of those that did not have National IDs, the students currently in school, the nationals currently abroad, and many other issues.

The eventual scenes, including activist groups dragging UCC to court, have made the government to take a decision that the ongoing verification exercise should be extended to the 19th of May 2017. 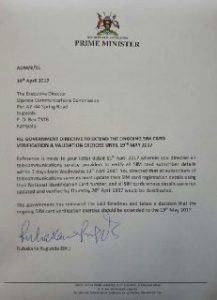 This is probably enough time for you to register your SIM card with ease.

Related: Here’s how to re-register your SIM card on MTN, Airtel, Vodafone, Smart, Smile and Africell Uganda before the deadline

More details shall be relayed to you as they fall in.