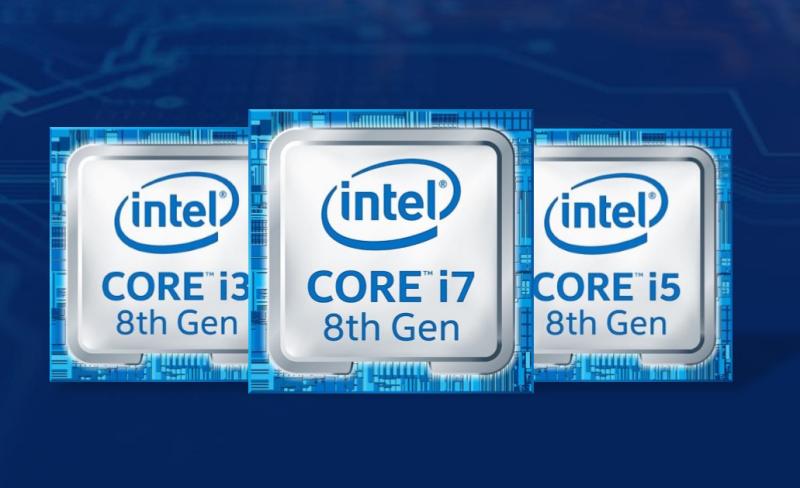 Normal computers users don’t bother looking inside their computer to find out which processor is running their devices. That’s all fine if all all you need a laptop or desktop that just gets you sending email, playing music, watching videos, editing documents or Facebooking. But computer enthusiasts who use their computers to play games, do video editing/encoding or run specialized applications will be picky on which processor runs their computer.

Intel has been the front-runner of mobile and desktop computer chips for decades. We don’t have time to loop you through Intel’s history and its products, but what you need to know right now is that the latest generation of Intel processors is Coffee Lake — the 8th generation which succeeded Kaby Lake Intel 7 generation processors, Skylake, Broadwell, Haswell, Ivy Bridge, Sandy Bridge way up to Presler/Cedar Mill Pentium series launched in 2006.

Over the years, Intel has been improving on processor Lithography which is a semiconductor technology used to manufacture an integrated circuit, and is measured in nanometer (nm). Processors with smaller Lithography are generally better because they are more power efficient than their predecessors. In the table below, you can see a brief history of all intel’s processor code names, architecture and launch dates.

Intel 8th generation processors have caused much excitement among PC enthusiasts because for the first time in over a decade, the chip manufacturer has increased on the processor core count across its family of products. This of course came after Intel’s arch rival AMD ramped up its own processors with the release of the renowned Ryzen processors that offer up to 16 cores and 32 threads for the high-end editions and 4 cores, 4 threads on the entry-level versions. Intel immediately went on to reduce prices on its extreme core i7 processors by between $50-$300.

But with the 8th generation Coffeelake processors, Intel has doubled the processor count for core i3/5/7 families.  Now, the i7 range has six cores, with Hyper-threading giving 12 threads and clock speeds of up-to 3.7Ghz and Turbo boost clocking 4.7 GHz. The Core i5 range has six cores but no Hyper-threading, base frequency speeds of upto 3.6 Ghz and Turbo boost that can clock processor up to 4.3 GHz. The Core i3 range is now a quad-core brand, no turbo .

Also the 8th generation processors sport get a boast in L3 cache,  increased turbo clock speeds across i5 and i7 CPUs, better support for DDR4 memory as DDR3 is dropped.

Cannonlake processors are expected to succeed the current Coffeelake processors and they are expected to be released sometime next year in 2018. Cannonlake will be manufactured using 10-nanometer process which is a leap from the current 14nm++ process.  These processors will support USB 3.1 Gen 2 (10 Gbit/s), Integrated Intel Wireless-AC, Integrated SDXC 3.0 controller, Thunderbolt 3.0 (Titan Ridge) with DisplayPort 1.4 support.