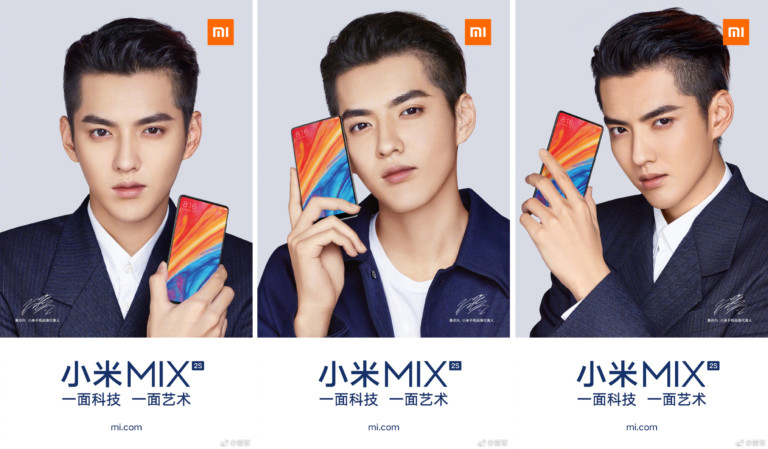 Xiaomi, the giant Chinese phone maker has sent out press photos of the soon to be launched Mi Mix 2s. Earlier leaks had shown the completely bezel-less device with a little cut out on the top right corner of the display for the front-facing camera. The new photos  show the would-be first completely bezelless device without any visible sensor in the front.

The placement of the said camera is anyone’s guess at the moment. They could go the Vivo Apex way and have the camera recess into the frame when not in use, Whatever approach Xiaomi is taking, a selfie camera will almost certainly be included somewhere, we’ll wait and see. Xiaomi already uses a rear mounted finger print sensor in the Mi Mix lineup so that’s one less sensor to worry about.

The Mi Mix 2s is expected to run the flagship Snapdragon 845 chip, 8GB of RAM and 256 GB internal storage, classic 2018 overkill specs right there. Reports also hint to the Mix 2s being the first Xiaomi device to spot wireless charging.

Earlier reports tipped to a dual camera setup but the press photos have shown that its a single shooter though the specs arent clear yet.

The device officially launches on Tuesday 27th, where pricing and availability will be disclosed.