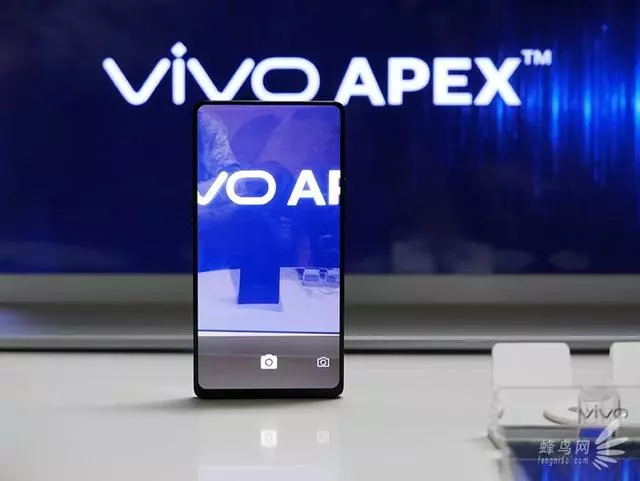 Bezels, they have been around for decades. From the old Greatwall TV sets that were in glorious black and white….remember those? Good times. In recent times, we’ve seen a general decline of size of bezels in almost all consumer products from TVs to tablets and most notably, smartphones. ”Infinity display” is a term thats been constantly thrown around in that light.

But then thing is, these bezels  on smartphones aren’t there for no reason. Most OEMs use bezels to house some essential sensors and I/Os. For instance, in this day and age a smartphone has to have a front facing camera. No other place to place a front camera other than the front bezels, right. Also some OEMs have the finger print sensor on the lower chin of the phone. The earpiece, the proximity and light sensors also have to be placed in front of the device hence its necessary to have these bezels.

OEMs from Xiaomi to Samsung have all tried to push the limit on bezels, often with very impresive outcomes. But the said sensors have to go somewhere, right? So the iPhone X went completely bezelless but added a notch in the screen to house the said sensors. Samsung went as far as they possibly could and left bezels only big enough to accomodate the sensors and the camera. Vivo went all in.

Little known Chinese phone maker Vivo became the first phone maker to completely get rid of the bezels. They found a way to hide all the very essential sensors underneath the screen or elsewhere on the phone to deliver the first truly  bezelless device….well, not exactly, but Vivo Apex is the most bezel-less of them all yet. The top/left/right bezels measure just 1.8mm, and the bottom bezel comes in at just 4.3mm — all industry bests by far. 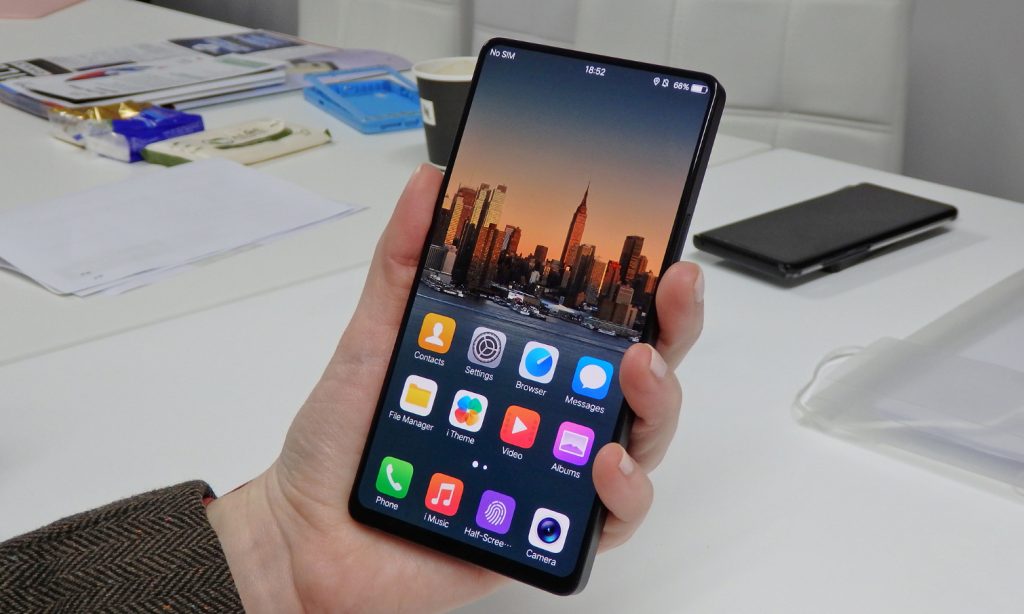 The company Vivo recently became the first company to beat the industry leaders like Samsung and Apple to produce a fingerprint reader that’s embedded under the screen. Vivo then went a step further with the idea to include the proximity sensor and earpiece under the display. For the earpiece, the Vivo Apex basically vibrates sound to your ear through the display, a trick we saw in the original Mi Mix’s piezoelectric earpiece.

Essential phone and iPhone X decided to have the front camera in a cut-out on the screen. The Vivo has given the Apex a hidden front-firing camera that pops up when needed. Check the video below to see it in action. 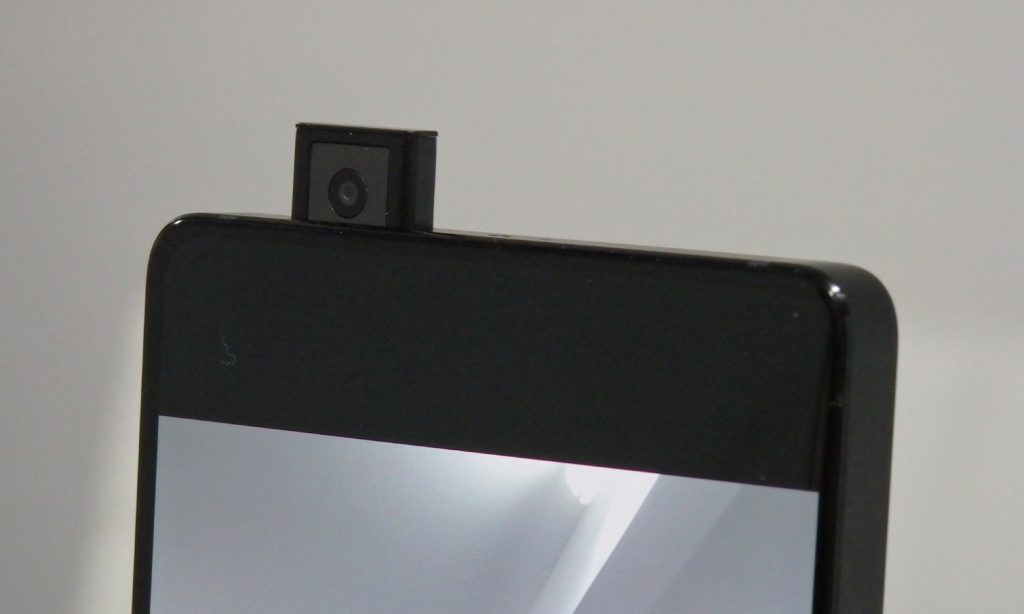 Vivo Apex’s front facing camera. It pops up from inside the phone when you need to use it and recesses back when its not needed.

The Vivo Apex is still very much a Concept, meaning it might not see store shelves but it doesn’t have to. It is a proof of concept that will no doubt inspire the next generation of bezelless devices. With all the push for minimal or even no bezels, it is Vivo that brought the closest one yet.