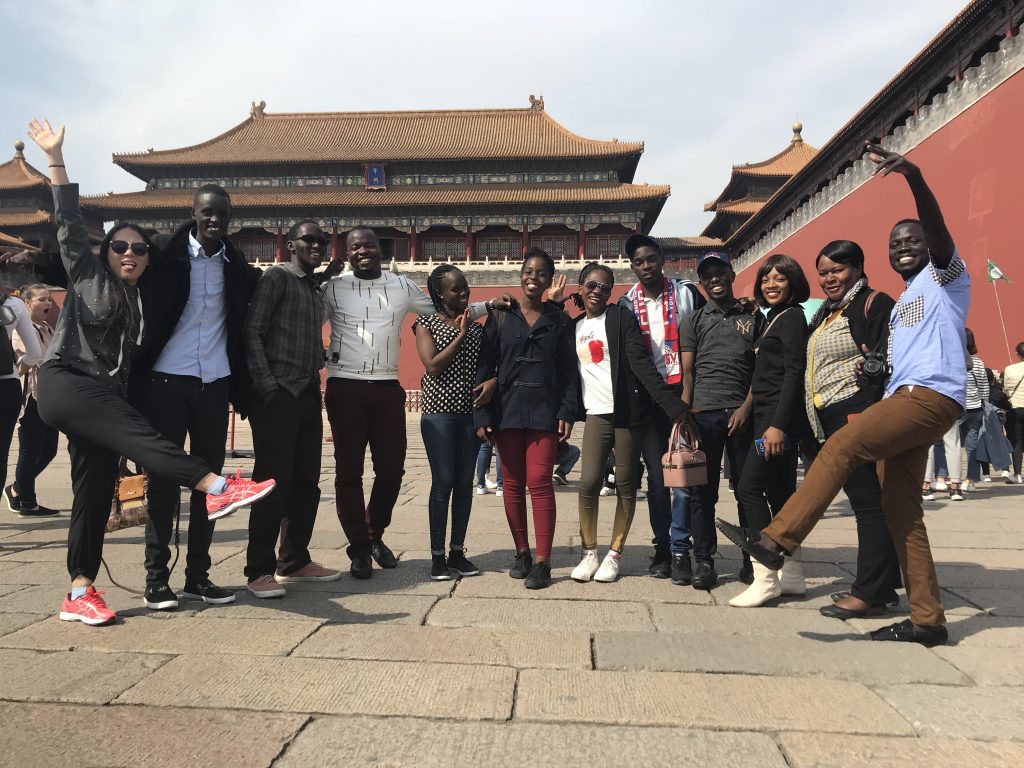 The third group of Ugandan students to visit China under the Huawei’s Seeds for the Future global Corporate Social Responsibility flagship program, who are on a two-weeks technological study trip in China, seem to be faring quite well with the Chinese culture.  These students were chosen as the best from the 35 ICT related proposals presented from the Public Universities in Uganda, and were recently flagged off by the First Lady and Minister of Education and Sports Mrs. Janet Museveni for a hands-on ICT training in China.

Having undergone training by the Beijing Language and Culture University’s School of Continuing Education for a week in speaking and writing the Chinese language, the students are also being exposed to the Chinese painting and Culture and a test will be administered after the one week and certificates credited to the successful ones. 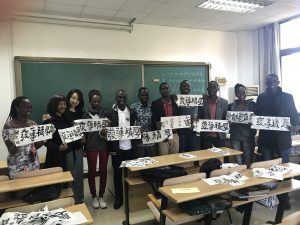 While in Beijing, they have paid a visit to the Great Wall – a site traced back to 2,000 years ago with a daily attraction of almost 80,000 tourists; and the Forbidden City, also known as the Palace Museum, which was built on 72 hectares and is the biggest preserved palace in the world. The students are scheduled to move to Shenzhen where they will have a week of a hands-on training in cutting-edge technologies such as 5G, LTE and cloud computing at the Huawei Technologies Headquarters. 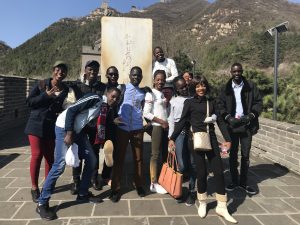 Their Chinese Lecturer Xíng Xiăoyan has lauded them on the interest and keeness to learn Chinese. She says she hopes they will in future take more lesson in the language.

Lina Cao the Public Relations Officer Huawei Technologies (Uganda) Co. Ltd, who accompanied the students to China, urged them to effectively utilize their time in China, take advantage of the ICT expertise and experience and ensure knowledge transfer to their Universities.

Oola Gerard, studying Computer Science in Information Technology and who is also the Huawei Seed for the Future Student’s leader in China, said it is a great opportunity for him and his colleagues to learn the Chinese language because being able to speak the language will give them a comparative advantage over their peers when competing for relevancy and employment in the global world.

“We need to learn Chinese because China is a big economy and in order for us to benefit from it we need the language which will be our bridge. I am going further to learn more Chinese when I go back to Uganda. We thank Huawei Uganda for this initiative.”

Belinda Nanyonga a Student of Software Engineering from Makerere University urges her peers back home to learn other foreign languages in addition to their professional courses in order to compete favourably in the global world.

“There are many businesses in Uganda owned by the Chinese but since most people cannot communicate in the Chinese language, they are failing to benefit from these business for example like getting employment. As for me I have learnt some elementary Chinese and I can now go and buy something in a super market here in Beijing because I even know how to count the money. When I return home, I will ensure that I continue teaching myself using the internet”.