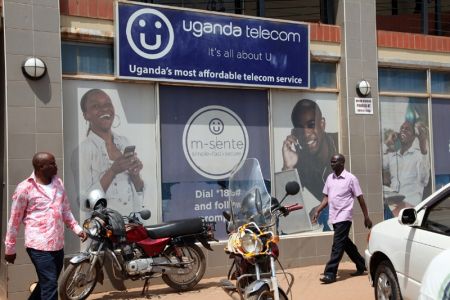 Last year in March, the government of Uganda took over Uganda Telecom (UTL)’s operations, after the Libyan government – who were the majority shareholder – pulled out of the troubled telecom. 14 months down the road, life seems to be still for the telecom company and the search for a new investor in yet another UTL take over has been underway.

As reported by the Daily Monitor, the government set up a deadline of up to May 26 to “pick a fitting investor from multiple companies that have shown interest” in taking over UTL.

A key figure among the bidders is Kenyan telco Safaricom, which is reported to be placing it’s bid through Afrinet Communications.

Afrinet Communications is a Kenyan based tech company offering services including telecommunication services and is said to have close ties with Safaricom. The UTL take over could be the door opener for Safaricom into the Ugandan market after several rumoured failed attempts.

It is not only Afrinet Communications in line for the take over. Several other firms have been listed, with some having a good backup from government institutions.

“According to sources familiar with the matter, Afrinet Communications and Mauritius Telecom, which are backed by Ministry of Finance and State House, are poised to take over the telecom. Others include Hamilton, Telecel Global, Baylis Consortium and Teleology who are equally strong contenders.”

Whichever firm that comes out successful in the bid for thethe  take over, will take on a debt portfolio estimated at nearly Shs150b.

“Among the debts, UTL is struggling with include UGX22.244 billion with government regulatory body of the communications sector; Uganda Communication Commission (UCC) arising from unpaid spectrum fees, UGX8 billionn in interconnection fees to MTN, UGX58.424 billion in accumulated tax to government revenue collection agency, the Uganda Revenue Authority (URA) for the period between May 2015 – December 2015.”