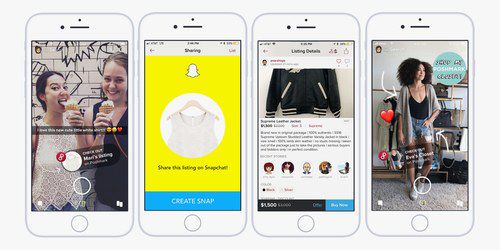 Like the way you’d use Facebook or Google to access a third-party app, Snapchat users could be able to login into other apps with the introduction of Snap Kit. And where Facebook has been criticized of mishandling user data, Snapchat promises to behave. If you are the kind that wants to use your account elsewhere, and get more out of the app, this could be for you.

Snap Inc. stated that Snap Kit is a set of tools that allow app developers to add some of Snapchat’s features into their own apps. These tools are designed to make it easier for users to share updates with their Snapchat friends, as well as use their Bitmoji on other platforms, without compromising our private account data.

Snap Kit is made up of Creative Kit, Login Kit, Bitmoji Kit, and Story Kit, from which developers can make a choice on which they will to use, determined by how they want to integrate Snapchat into their apps.

With Creative Kit, developers can bring their own stickers, Filters, and links into the Snapchat camera, and share it with friends.

Login Kit allows a user to unlock new features on Snapchat and other apps as well as use their Snapchat account as a secondary option to log in another app service.

Bitmoji Kit lets your conversations come alive with Bitmoji stickers when messaging on other apps, while Story Kit lets developers filter and embed publicly shared Snapchat Stories into their own apps and services.

Snapchat has overtime been in competition with Instagram, and this development could also be a part of it.