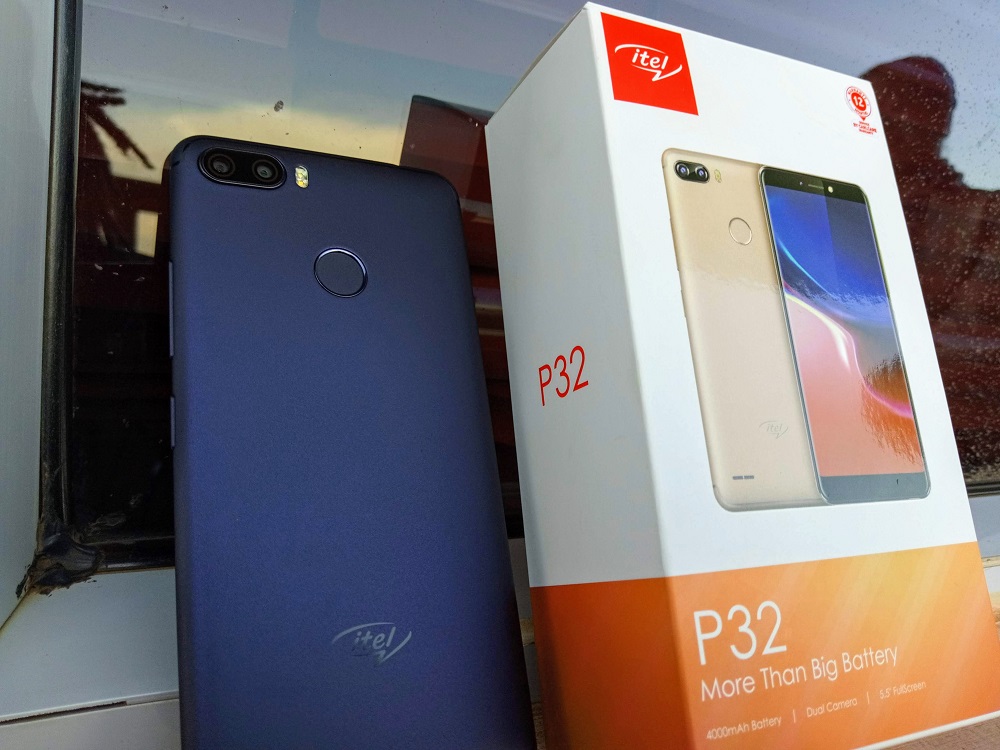 itel has brick by brick, built an iron-clad reputation as one of the major players in the budget smartphone game. From what we’ve seen, itel has developed a niche for itself for their affordable devices geared toward real-world bare-knuckles productivity and connectivity. But that’s not to say aesthetics don’t matter.

Take a look at our newest entrant: the itel P32 brings just enough thunder to be heard and taken seriously. If you fall into that category that quickly needs a device on a shoe-string budget, itel P32 takes no prisoners. The aesthetics are striking enough to warrant a second look. Feature-wise, the itel P32 does not look too shabby either.

Matter of fact, unless we are mistaken, this is the first we’re seeing an 18:9 aspect ratio on a budget phone. What’s more, the itel P32 features dual rear cameras and a single front shooter for a grand total of 3. Impressed yet? One more thing: itel offers a fingerprint scanner to boot. This isn’t your chunky brick phone, mind you. Despite having a mind-boggling 4,000mAh battery, the itel P32 still maintains an attractively slender finish.

First Impressions: At a glance 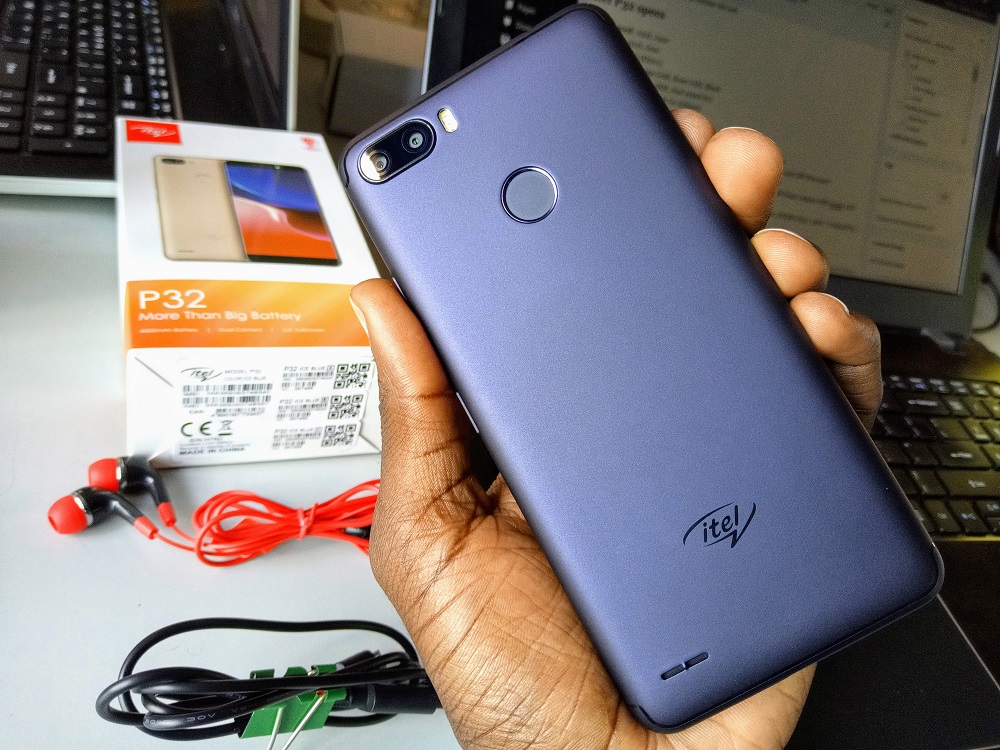 By the looks of things, the P32 raises the bar where budget devices are concerned. Firstly, let’s talk about the presentation: the matte finish lends credence to a grudgingly premium-looking feel. The phone won’t slip through your fingers to a sudden death.

But even if it fell, itel got you covered. Included in the box is a full-body hard plastic phone case for just that eventuality. The case would naturally take the brunt of any fall, leaving the phone underneath without a scratch.

Upon first impression, the P32 looks rather diminutive. But thanks to the now-industry standard 18:9 aspect ratio, a visibly 5-inch looking phone can afford to boast a 5.5-inch screen. The screen resolution is only 480 x 960px at 240dpi, which we can live with.

At the back, we see a well-centred fingerprint scanner right below the dual rear 5MP shooters next to the dual LED flash. Along with the front camera, all shoot at 2560 x 1920 pixels. The colors are vibrant although the picture quality isn’t as crisp at close inspection. There’s some more camera mojo we will look at in closer detail 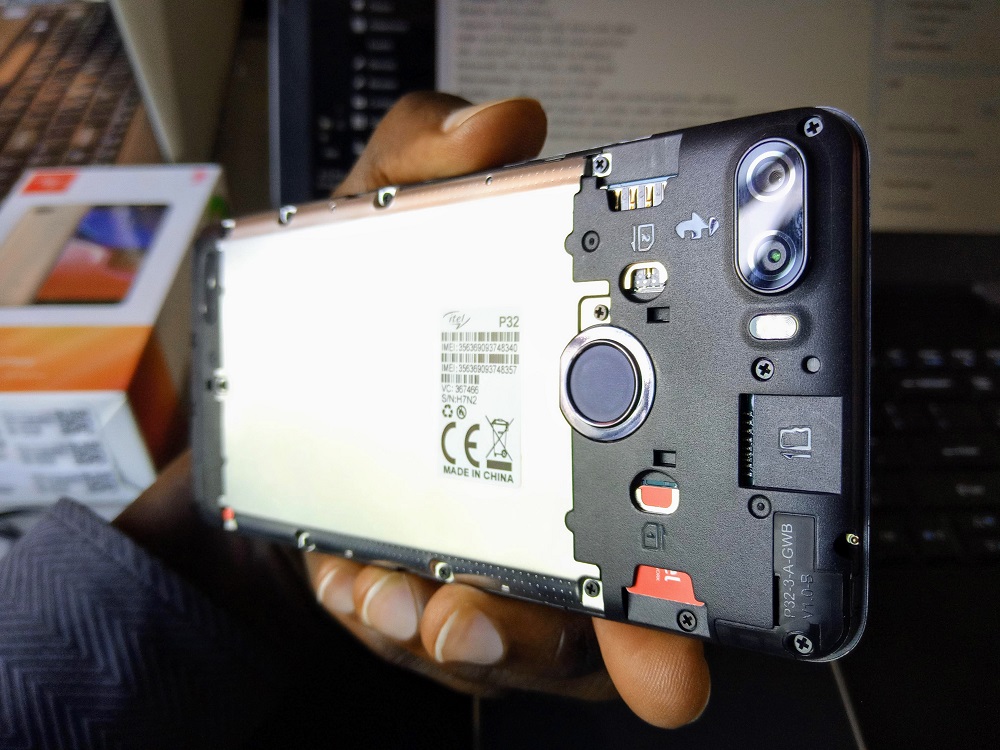 The itel P32 features a removable back over, but don’t celebrate just yet. All this gets you is access to an old-fashioned dual SIM card and microSD slot setup. The massive 4,000mAh battery for its part is screwed up tight. You’ll need to put in more investment into prying that baby open.

This time around, the audio jack comes at the top of the P32 and while the micro USB slot retains its customary place at the bottom of the device. The power and volume buttons are placed on the right side for one-handed control.

It should come as no surprise that the itel P32 runs Android Go Oreo. Google’s drive to serve their latest operating system to entry-level devices has finally taken off in earnest. The P32 is powered by a MediaTek MT6580 Quad-core 1.3GHz process and comes with 8GB ROM and 1GB RAM, but that isn’t much of an issue. Android Go is a slimmed down version of Android optimised to run smoothly on low RAM and storage.

Some Android Go apps which come with the itel P32 include Google Go, YouTube Go, Gmail Go, Assistant Go and Maps Go. Facebook Lite is also thrown in there, seeing as that along with WhatsApp (which comes pre-installed as well) are the most popular apps in the world.