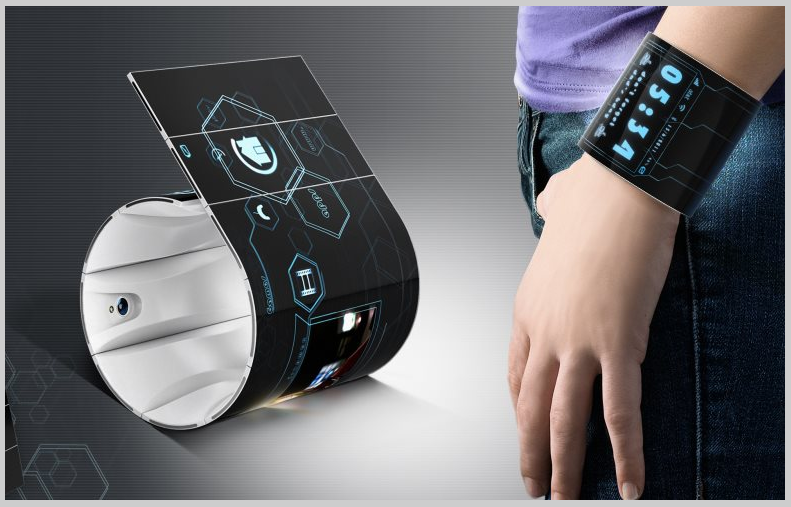 The smartphones of today have great capabilities including but not limited to; in-built high-quality camera lenses, mobile apps that aid productivity, among others.
So what should we expect to see in the development of smartphones in the near future? We can look at existing trends and use them to predict what the future Smartphone might have and be able to do.

Smartphones already have reached amazing screen resolution displays with Apple’s ‘Retina Display‘, which provides a resolution that is sharp. Yet, with technology, everything keeps advancing so it won’t hurt to want more. At present, there are a couple of 3D smartphones in the market, such as the LG Optimus 3D, the Motorola MT810 as well as the very first Samsung AMOLED 3D.
With emergence of 3D screens, we can expect holographic projections. This means a combination of 3D future-features-smart-phones/ and projections from the smartphone. 3D displays can be integrated with elements of movements when it comes to user interactions with the phone. For example, you can resize your photos by using your hands to ‘pull’ or ‘compress’ the holographic photos that appear in front of you, move objects by ‘grabbing’ them from one place to another, among others.

In the context of technology, Augmented Reality refers to what we perceive through our senses enhanced through the use of computer-generated sensory input such as sound, video, graphics and GPS data. AR makes available more information for users by combining computer data to what we see in real life. For example, using the camera on your phone, you can point it somewhere ‘live’ to get an information overlay of where you can find the nearest cafes or dining places.
Since smartphones are portable, they serve as a good platform for AR to work. Most AR apps available now utilize some form of Global Positioning System (GPS) to facilitate location searches and this feature will most likely develop further over the next years because of its potential.
For AR to work reliably, the technology for recognizing places, things or people must be of a certain standard. Expect more of such functions to be made available in the future smartphone.

We discussed about the 3D screens and 3D picture quality. With those expectations in mind, an in built Projector is also a valid expectation. If flexible screens are not enough to compensate for the small screens on smartphones why not integrate a projector within? Samsung Galaxy Beam features a built-in DLP (Digital Light Projection) WVGA projector that is able to project at up to 50 inches in size at 15 lumens. What good will this do? Well with the emergence of an In-Built Projector, future smartphones can actually be turned into an interactive gaming consoles without a need for a TV screen; all you’ll need is a flat surface.
Of course, you can imagine the drainage rate on your smartphone’s battery life. Therefore we expect In-built projectors for smartphones to be small, and as the paradox sits: the smaller the projector is, the lesser light it will be able to give out. With better technology though, issues such as these will be addressed in time, making projectors a part of a new experience you can now engage with your smartphone.

In a bid for smartphones to be able to provide a large screen to watch and play your favorite movies and games while maintaining a pocketable size, screens can be folded and unfolded, all thanks to Organic Light-Emitting Diode (OLED) technology. This paper-thin screen can even project from both sides of the screen, so you can show pictures or videos to your friend on one side while using the other as a control.
With such physical flexibility for smartphones, some companies even have plans on make wearable smartphones for the masses. Nokia is currently conducting research on their concept device, which offers users the option of wearing it as a wrist watch or unfold it to use as a typical handset as and when required.

Voice control has been receiving much attention since Siri made headlines. Voice control has existed in many earlier mobile phones even though the voice recognition function was crude at best.
Siri might have signaled a breakthrough to the way voice control and recognition programming ought to be made. Instead of recognizing commands via sound waves like most voice-recognition systems, Siri interprets diction and syntax in a similar fashion to how we recognize speech. Such Natural Language User Interfaces prove to be more effective and accurate.
The interest with voice control for computers and especially smartphones has always been there since the pioneer MIT research, “Put That There” studied different ways to communicate with computers in 1980. With the newly improved voice recognition app, Siri, as well as the greater capabilities of smartphones in the years to come, seamless voice control seems to be a viable goal. That, combined with gestures may bring interactivity to a new level for smartphones and their users.

Everyone is waiting to see what the smartphone industry can offer, and how the masses will react to the emergence of new and better smartphones along with the multitude of issues that come with each technology that is introduced. Above are a few features we can expect the future smartphone to have.

2 thoughts on “The future of smartphones. 5 things your future smartphone will be able to do”