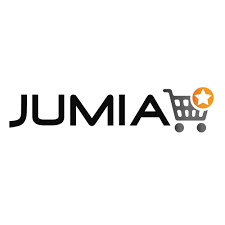 Reports of Jumia possibly going on a major global market stock exchange has been in the air for a while now. Finally, an official confirmation that the African e-commerce giant has filed for an IPO on the New York Stock Exchange has been confirmed by both the executives of the company and the documents from the US SEC. The company will be the first African startup to achieve such a feat on a global scale if it goes on the NYSE. No share price or timeline for when the IPO will kick off yet, although, that would be decided in the coming weeks.

It makes sense that Jumia is filing for an IPO, considering that others have faltered in the e-commerce sector in time past and the capital from going public will do a lot of good in bolstering its regional network. Competitions like DealDey was shut down and Konga too was sold last year at a loss to its investors. This is due to a number of factors listed by Jumia in its filing for the IPO as part of the obligations that have to be fulfilled when going public. Part of the reasons listed in the filing is lack of infrastructure, regulatory uncertainties, native competition and political insecurity plaguing the African e-commerce space.

Even if Jumia has been running at a loss for some time now, it is not all doom and gloom looking at the brighter side which is the fact that it was the first African startup to reach a valuation of $1 billion back in 2016. Also, it has its tentacles in 14 African countries offering services like Jumia Flights, Jumia Deals, Jumia Food and even has its own payment platform called JumiaPay. With about 4 million active users in 2018, Jumia processed over 13 million parcels this past year alone in reference to data provided by Jumia.

This could be just what the company needs to blossom and outgrow competition. Looking at the Africa e-commerce sector, Jumia is in a good position to conquer the market and turn the tide to become a profit-making company.