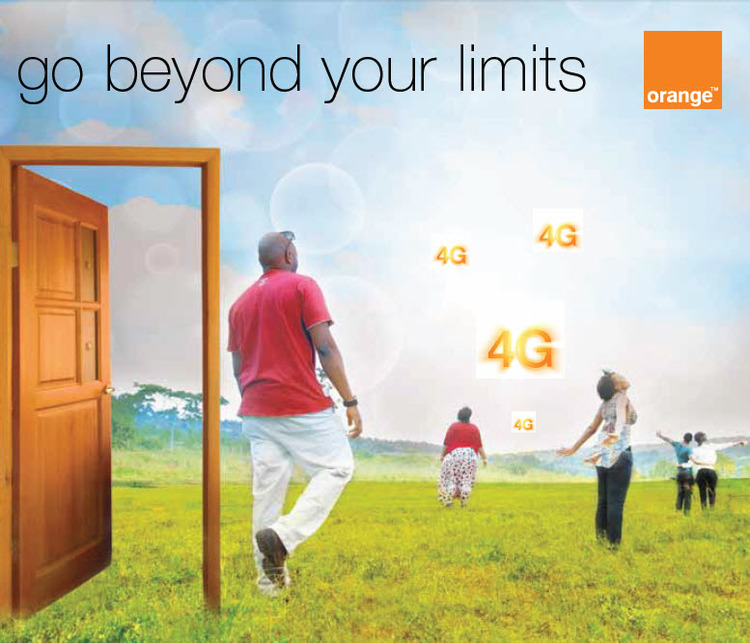 In 2009, when Orange came to the market, UTL had 3G working at 2G speed. It’s not about advertising. Figures give facts; 3.75 or 3.9 are not worldwide standards. Our policy is to be straight forward with customers and give them the best service. -Philippe Luxcey, C.E.O Orange Uganda

The same message of superiority and efficiency was echoed over and over at  Orange Uganda’s 4G LTE launch that was held today, 31st July. Max Rukundo, Head of marketing, arguably noted that the service was different from others in a way that it is purely mobile and seamless. This means that with the same device, one is automatically switched to 2G or 3G depending on coverage. He further explained why Orange took it’s time to develop a standard network and avail the best browsing experience to it’s customers.

The amazingly fast speeds by Orange’s 4G LTE coverage can currently be accessed in Kampala  but will be expanded subsequently throughout the year. At the live demo held, a youtube video from a 4G LTE network was setup against a 3G network; the former playing at full speed without buffering at all. Also, another demo entailed a very crisp and clear Google hangout from the press room to an unnamed Orange worker who was driving through Kampala streets. This is because of the kind of technology used which is the best in 4G LTE — FDD technology broadcasting at 800MHz frequency band which is good enough for indoor coverage.

Whilst browsing on the 4G LTE network, one remains online despite movement out of geographical coverage. This is because the network drops to 3G or 2G so that the browsing experience continues. Other providers don’t have this kind of compatibility. Also, a 4G LTE enabled device for example a router, modem/dongle or even a smartphone can tether/share internet to 3G devices at absolutely the same cost.

The 4G LTE dongle/modem from Orange is UGX 229,000 which is about $ 91 supports all wireless standards as provided by Orange though it depends on ones network coverage. It comes with 4.8GB of data for a 4 month period. The Lumia 820 and 920 are the current supported mobile devices amongst others which are yet to be launched by Orange. Also, other 4G LTE enabled devices from abroad can be used to access Orange internet and also make voice calls. The data bundles to access 4G LTE are the same in price and quantity as 2G and 3G, the difference lies in the improved browsing experience.

The launch was filled with rhetoric statements of superiority. It’s only time that will tell how superior this 4G LTE network actually is.