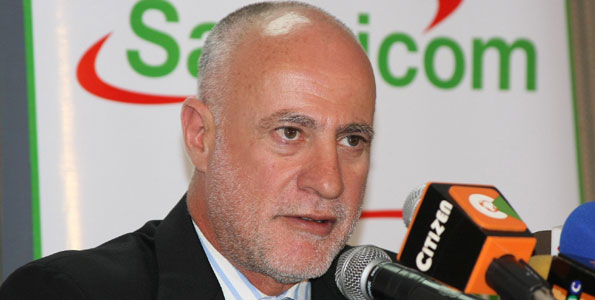 Following the death of Bob Collymore yesterday morning, Safaricom PLC board of directors has appointed former Safaricom CEO, who also happens to be one of the board members, as the interim CEO of the giant telco.

Michael Joseph had been at the helm of Safaricom for years, and it was during his tenure that Safaricom’s revolutionary mobile money platform, M-PESA was debuted.

He gave up the reigns to the late Bob Collymore in 2010 as he moved on to other ventures, later ending up as the CEO of the struggling national carrier, Kenya Airways.

Collymore took over from Joseph, nine years ago, and was CEO until his demise on Monday when he succumbed to cancer. He was set to be buried at a private ceremony Tuesday.

“This will be a private family event,” Safaricom’s Board Chairman Nicholas Nganga said on Monday.

Organisers of Collymore’s funeral did not make public details of the burial ceremony, which will be followed by a memorial service later in the week.

Many have described Collymore as a corporate leader like no other, who not only transformed Safaricom—the region’s largest telco, but the lives of many less privileged Kenyans—including women and children through the company’s Corporate Social Responsibility initiatives.

He died at 61, leaving behind a widow and four children