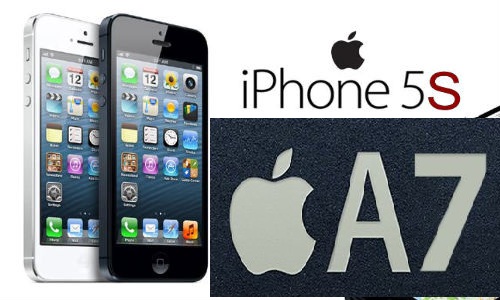 In an interview, Qualcomm’s senior vice president and chief marketing officer Anand Chandrasekher  said that Apple’s 64-bit A7 processor found in the new iPhone 5S is a “marketing gimmick” at this point, giving no real benefits to the user. The Exec said that the main benefit of a 64-bit processor is “memory addressability,” but that’s “not relevant” with today’s products, especially with the iPhone 5S which has only 1GB of RAM:

Predominantly… you need it for memory addressability beyond 4GB. That’s it. You don’t really need it for performance, and the kinds of applications that 64-bit get used in mostly are large, server-class applications.

The “noise” made around Apple’s 64-bit chip seems to have upset the Qualcomm Exec given the fact that Apple was first to launch a mobile device with a 64-bit CPU inside. The irony is that Qualcomm seems to be prepping its own 64-bit chip from this comment made by the chief;

From an engineering efficiency standpoint it just makes sense to go do that. Particularly the OS guys will want it at some point in time

Already other Smartphone vendors like Samsung have promised to work on their own 64-bit chipsets that will rival against Apple’s own A7 64-bit chip that ships with its latest handset — the iPhone 5S. The move to 64-bit chips will break memory limitations that keep smartphones from exceeding 4GB of RAM, hence taking mobile computing to the next level. Currently, the best we’ve is the Samsung Galaxy Note 3, an Android phone, that has an unusually large 3GB of RAM.

However, for Apple, the move strategically gives Apple more flexibility to build ARM-based PCs if it chooses to embrace an alternative to Intel chips.