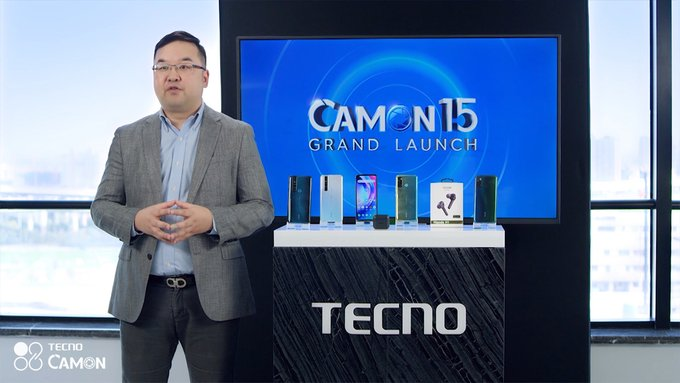 TECNO Mobile remains one of the leading smartphone brands in Kenya along with its sister brands, Transsion’s iTel and Infinix. And for good reason. These brands address many of the market’s needs, be they pricing, features and look and feel.

A few weeks after its official debut in the Nigerian market, TECNO has today, made available in Kenya the TECNO Camon 15.

A little back story; TECNO’s Camon-line of smartphones is primarily centered around photography. The company’s Phantom line is the company’s top crème flagship and therefore, packs the very latest specs.

This CAMON 15, therefore is part of the company’s camera-centred line of phones and from the spec sheet, it stays true to its roots. This device packs a Quad-camera array. These include a 48 MP main camera, two 2 MP sensors and a 5 MP camera.

The following are the other specifications that the Camon 15 packs.

The company did mention that there are other TECNO Camon 15 devices in the pipeline for the Kenyan market. These include the higher end Tecno Camon 15 Premier and a more ‘Lite’ version Camon 15 Air.

For now, only the Camon 15 is available. The 15 Premier and the 15 Air will come to Kenya next two weeks according to the company.

The TECNO Camon 15 will be available through its various distribution channels, including offline retail stores as well as online through Jumia and Xpark.

According to the company, the other Camon 15 devices will be available through the same channels in due course.