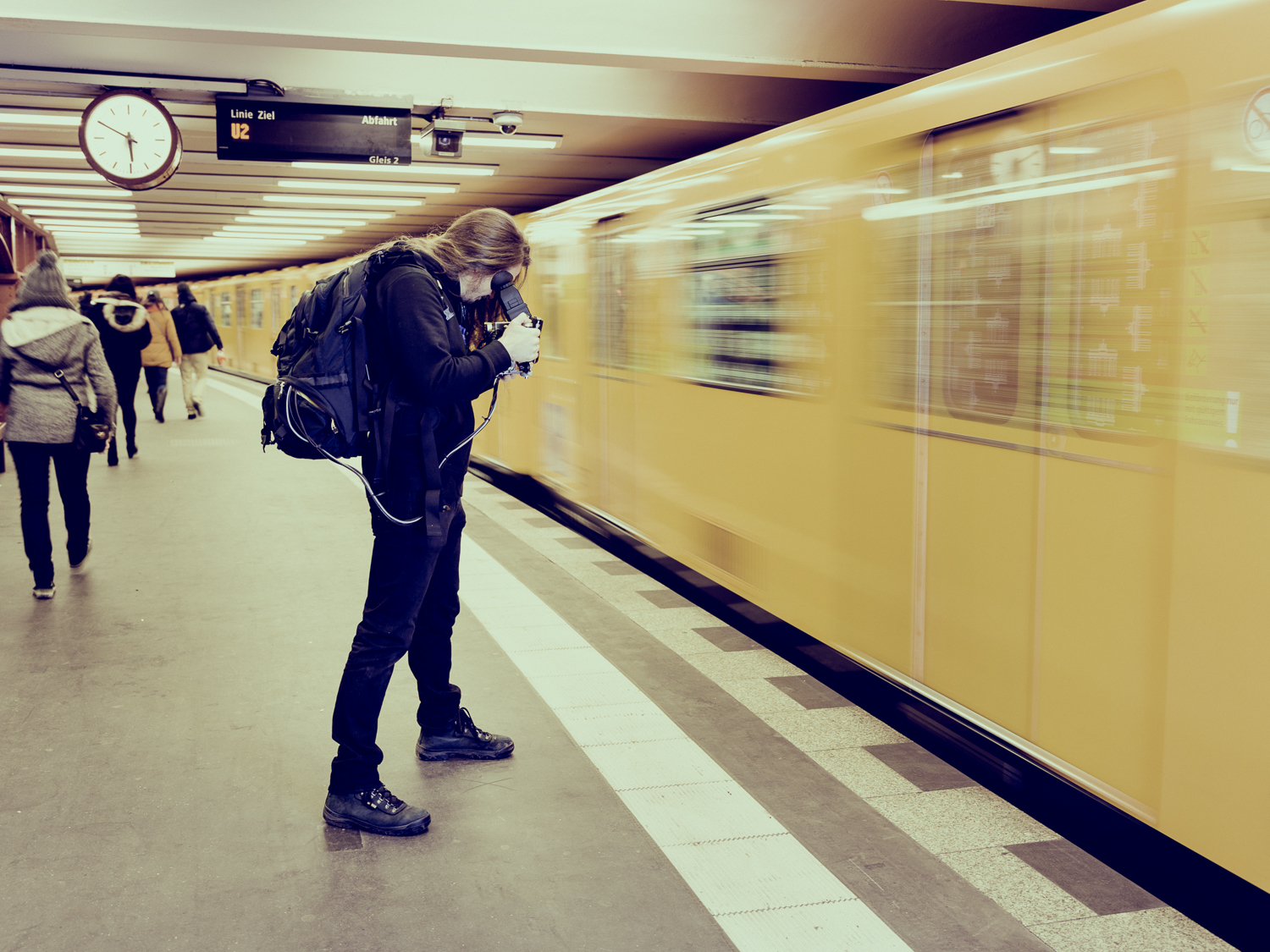 Sure, Einstein is one of the greatest scientists to have lived and is even more renown for advancing his theory about relativity. In a simpler explanation –when you sit next to a beautiful lady for 2 hours, you feel like you have sat for 2 minutes but when you sit on a hot stove for 2 minutes, you feel as if you have been ablaze for 2 hours. Well, that is relativity!

Time is nothing but an illusion.

Through his world-class novel photography, time doesn’t actually exist. He has travelled allover the world in pursuit for perfect scenes that will tell extraordinary stories. But nobody had ever suggested that he might also be labelled a terrorist until the morning that he descended into the Union Square subway station in New York. –according to Matter on Medium.

Through his handmade camera equipment honed to suit his illusionary photography, the security operatives in New York were wary of who he was working for! And what exactly he was doing? The explanations came off rather easier than thought –he was acquitted for a $25 fine. These, among many other hurdles characterize Adam’s daily lifestyle.But he won’t stop and here is what you should learn from him.

During his tenure as a concept photographer, alot didn’t seem right and he consequently became bored of the trade. However, he was not ready to give up on photography; he thought to himself what if “I could freeze blistering speeds of several images and compose them into one compelling motif?” What was birthed as a result is just what would make Einstein’s soul permeate back into reality to witness his theory of relativity in action.

Adam ventured into the photography field quite late. For someone who started out in their 20’s, it’s quite unlikely for them to polish up a skill that is in case they don’t give up. Looking up to disapprove history is a virtue that requires utmost patience. Patience like that of a Zen Buddhist master; where you train for 5 years before shooting a bow. Time doesn’t exist. Padawan!

You may call it marketing if you wish, but honestly, a little bragging does more good than harm. If you’re not funny, fake it. If you’re like a shy moose, get out of your comfort zone, fake confidence. Magyar has been learning. He has become a more poised and self-confident public speaker, seamlessly weaving together the conceptual and the technological aspects of his work. This year, for the first time, he was able to make a living just from art sales. There have been gallery openings from Harvard University to Budapest. In February, his work will be exhibited as part of three-artist show on urban life at the prestigious Julie Saul Gallery in Manhattan.

Tell stories, then any other business

In his most popular project dubbed Stainless, images of subway station activities are the focus; greatly characterized by the technological divide modern advancements have brought –everyone seems to be transfixed to their phones, listening to music through headsets or simply looking away. To some, the photographs remind them of death because of the stillness therein. Others, the photographs are a remainder that we are human beings and that the world is even more of a living place than we are aware of. Adam ascertains the similarities we have and uses those similarities to build his story.

Research = Self education, it’s worth everything

The breath taking shots Adam has taken over time are as a result of perfectionism. When there were no means to perfect a scene, he went an extra mile to do his research for example he taught himself how to program, He wrote complex programs to improve the quality of images shot in conditions of low lighting and poor contrast. The results were astonishing with hard work, research and, of course, patience.

Yes, mistakes are often sour and tend to screw you up. However, an epiphany is just the opposite –it’s a mistake but rather sweet.– Very sweet. So how do you get in this miraculous zone? Say yes all the time –within bounds of reasonableness though– and travel alot. When you say yes to alot of things, you challenge yourself to become better and consequently opening a limitless wave of new opportunities. Travelling to different places opens up your thinking, appreciation for different social contexts as well as exposing you to new and perhaps better opportunities.

What is life without dreams, ambition, tests given and lessons learnt? David’s story is riveting but you could even be better, your turn is now.