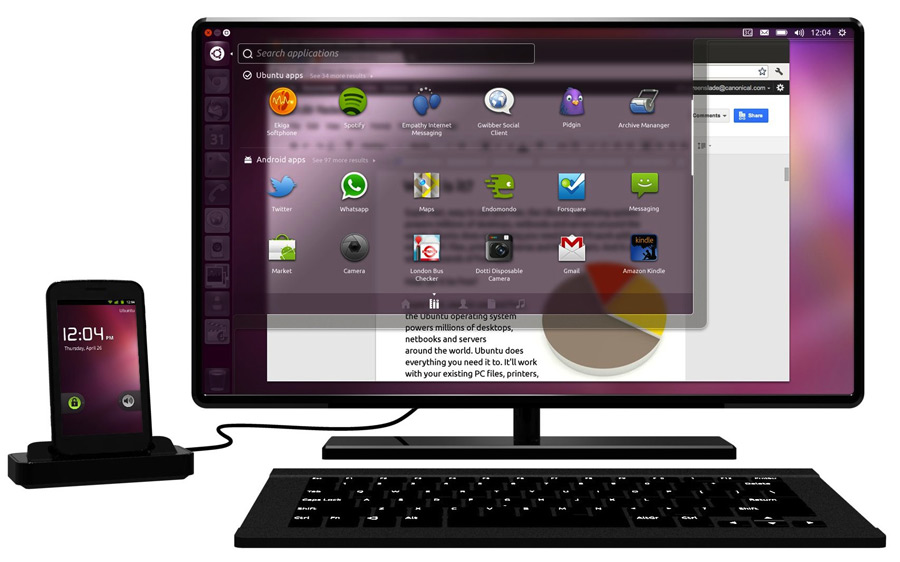 Remember that ambitious cool project —Ubuntu for Android — under the tag line “In every dual-core phone, there’s a PC trying to get out” by canonical 2 years ago? Well, recent reports indicate that this project might as well be in limbo now if we’re to follow  a bug report  lodged on Launchpad by Canonical’s Matthew Paul Thomas;

According to Canonical, the company behind Ubuntu, the popular open source operating system ,  Ubuntu for Android enables high-end Android handsets to run Ubuntu, the world’s favourite free PC desktop operating system. So users get the Android they know on the move, but when they connect or dock their Android smartphone to a monitor, mouse and keyboard, boom it becomes a PC.

Unfortunately, while enthusiasts have been waiting for two years now for Canonical to push this product, the future looks to be gloomy! An email from Canonical spokesperson Marina Engelvuori to PC World verifies that it’s no longer in development because its progression has stalled. It seems Canonical is either looking for potential partners to get the project out there or it’s giving higher priority to Ubuntu Touch, its complete mobile operating system that doesn’t ride along with Android, but competes with it. Here’s the full official statement submitted to Androidauthority;

“We are very happy with the reception of both the Ubuntu 14.04 LTS desktop, and the early Ubuntu phone images. We think these development show a desire in the market place for Ubuntu, and an Ubuntu for Android (U4A) solution would be a good way for it to reach users.

We still believe that U4A is a great product concept and that consumers would welcome the feature. The development within Ubuntu for U4A is complete. To take the development further requires a launch partner in order to make the necessary modifications on the Android side.