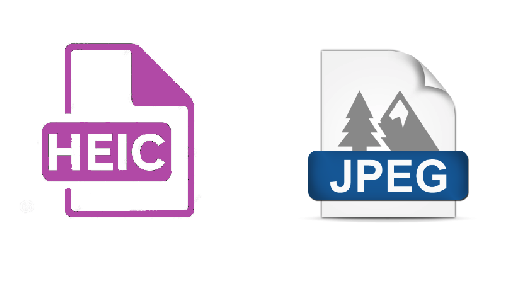 In fact, HEIC is not really a format but a container that is used to store HEVC encoded HEIF file format. This is why in Live Photos, multiple images can be stored in a HEIC container and the same for dual-camera images as well. This container format makes it easy to edit images and even undo changes made to an image because of its ability to store different image data (like auxiliary image items, multiple individual images, and image derivations) on the image(s) in one container.

There’s is support for HEIC on macOS High Sierra and higher, iOS 11 and higher, Android 9 (Pie) and higher, Ubuntu 20.04 and higher. However, for Windows 10 version 1803 and later you will have to download the HEVC Video Extensions and HEIF Image Extension from the Microsoft Store to be able to view HEIC images. Also, Windows 11 is expected to natively support HEIC image format but it has not been confirmed yet.

How to convert HEIC to JPEG on Windows

The easiest way to do this is by downloading CopyTrans HEIC for Windows. You can only use this if you are using Windows 7 or later.

How to convert HEIC to JPEG on MacOS

You have succesfully converted your HEIC image to JPEG in 3 simple steps.

Currently, no browser natively supports HEIC and it is highly unlikely that any e-form that you’re filling that requires an image upload will support a HEIC format either. Due to the lack of ubiquitous support, it is sometimes imperative to convert HEIC images to JPEG.