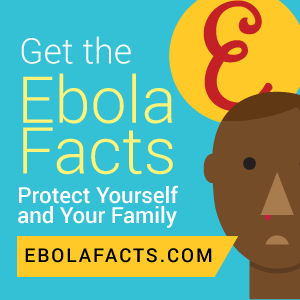 It was close to a break-glass-in-case-of-emergency situation when the Ministry of Health in Rwanda announced, via a press release, of the suspicion of the first Ebola case in Rwanda.

Letter from .@RwandaMoH – in case you haven’t seen this message on #Ebola pic.twitter.com/RhJAUu4R1p

It brief, it mentions that the suspected case, a European medical student, was discovered yesterday (Sunday 10th August) at a Kigali based King Faisal hospital and that samples had been sent for testing at an internationally accredited laboratory.

Vigilance and calm were called for as it would take at least 48 hours to ascertain the claim.

Now, the good guys at the Big Cabal media have championed a campaign to spread awareness about the deadly viral disease via a webiste —EbolaFacts.com— that succinctly describes how it spreads and how one can prevent it. The campaign is active on social media too.

With much controversy, on the other hand, two white Americans who caught the deadly hemorrhagic disease, a few weeks ago in Liberia surprisingly got healed after dosing on a test drug. Streams of ambivalence were sired upon the revelation. But regardless, the awareness must be spread to all potential danger zones.

Ebola was incurable when it was dropping Africans like cigarette butts but now that two white people have it we’ve found a “secret” cure.