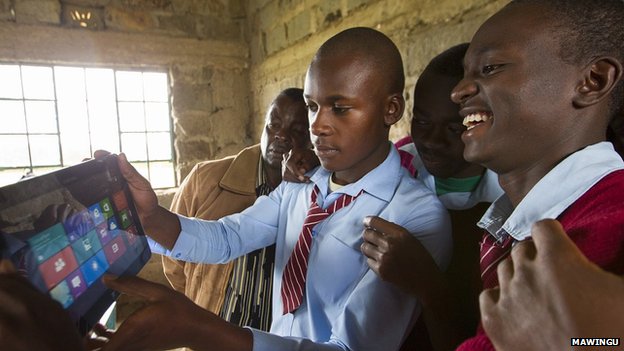 MyDigitalBridge Foundation in partnership with Microsoft and Adaptrum, with support from the Millennium Challenge Corporation (MCC) and Millennium Challenge Account (MCA)-Namibia, has successfully trialed the Namibian TV White Spaces (TVWS) pilot project. The intention is to provide a blueprint of broadband internet connectivity countrywide. Called ‘Citizen Connect’, the pilot consists of a network deployed over a 62km x 152km (9,424 km²) area covering three regional councils: Oshana, Ohangwena and Omusati, and connecting 28 schools in northern Namibia. This makes it the biggest TVWS project of its kind in terms of area coverage.

Namibia, like most sub-Saharan African countries, is facing a digital divide. The International Telecommunications Union (ITU) country profile shows that only 13.9% of the population is using the internet. “Our mission is to facilitate appropriate private-public sector (PPP) initiatives to ensure the underserved and un-served communities in Namibia are included in the technology landscape,” says Dr. Hylton Villet, Chairman of MyDigitalBridge Foundation, which architected and deployed the network with support of Microsoft and Adaptrum.

“This pilot project came at the right time for us to answer to the challenges of internet access, or the lack thereof, to all our citizens,” says Hon. Dr. Moses Amweelo, the Chairman of the Parliamentary Standing Committee on ICT. In 2012, the United Nations Human Rights Council passed a resolution recognising internet access a basic human right. In his final State of the Nation address in March 2014, his Excellency, President Pohamba of the Republic of Namibia, specifically highlighted the importance internet will play in transforming and modernising the Namibian economy.

The deployment of TVWS technology in Africa falls under Microsoft’s 4Afrika Initiative, which launched in February 2013 to actively enable African economic development using relevant, affordable and accessible technology. “Internet access is a fundamental pillar in Africa’s leap forward towards a sustainable knowledge economy. We are seeing first-hand the direct impact of TVWS delivering affordable access to communities and business. The unlimited potential of broadband is enabling large scale development of human capital, the establishment of e-commerce services in the small and medium business ecosystem and the delivery of government services such as education and health care to the community.”  Says Fernando de Sousa, Microsoft’s General Manager for Africa Initiatives.

In collaboration with local public and private sector partners, Microsoft 4Afrika is currently piloting TVWS projects in Kenya, Tanzania, South Africa and Ghana. In addition to these on-the-ground deployments, Microsoft is advocating for laws and regulations that promote more efficient and effective spectrum utilisation as a member of the Dynamic Spectrum Alliance.

This Monday at the University of Namibia’s Jose Eduardo dos Santos Campus in Ongwadiva, Namibia, the trial demonstrated the following to the Namibian Parliamentary Standing Committee: The connection of three regional offices, 28 schools and seven education circuit offices, all with a link distance of  8km to 10km (with two links at 12km). Typical speeds range from 5Mbps to 10Mbps with the help of the Adaptrum ARCS 2.0 TVWS radios and provided users access to a wide range of voice, video, and data applications.  Monday’s two hour demo included high-resolution Skype video conferencing from three locations, each connected to the Internet with the help of Adaptrum’s TVWS technology.

“Adaptrum is thrilled to be piloting our latest generation TVWS wireless broadband system in Northern Namibia.  By covering such a large geographic area, this project is showcasing this technology’s ability to enable low-cost high-speed broadband access in rural areas, helping to close the digital divide,” said Haiyun Tang, Chief Executive Office of Adaptrum.

“The next steps are to enhance the network’s operational efficiency and to trial video teaching, e-content distribution and peering between the connected sites. We envision video streaming mathematics classes using one qualified teacher to reach 20 to 30 schools,” says Paul Rowney.

“This pilot project is ambitious by any standard and can only be realised with the support and contributions from a large stakeholder community. I call on all stakeholders to continue to collaborate in an effort to ensure that we afford all Namibians the right of internet access for purposes of education, health and government services” says Dr. Moses Amweelo.