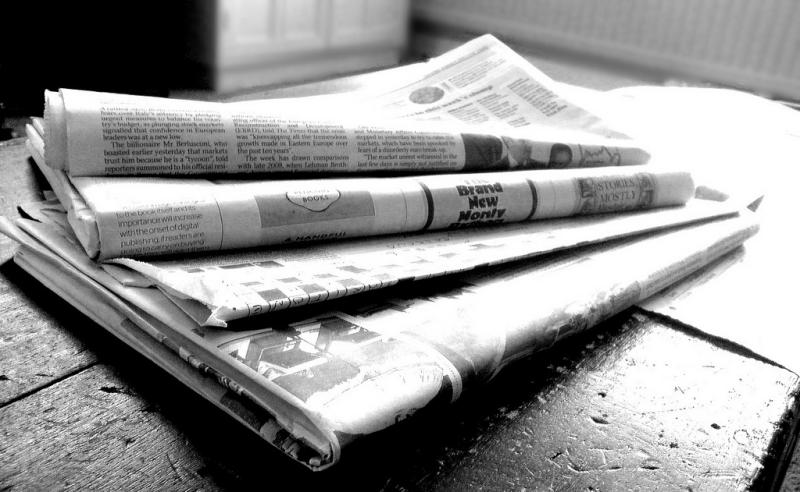 I have heard it being predicted, speculated and forecasted that Newspapers  in Uganda and the wider African continent will face an eminent death by a thousand cuts just about anytime from now. The reasoning has been simple — the onslaught of digital media. In the US only , more than 166 U.S. newspapers have stopped putting out a print edition or closed down altogether since 2008, according to Paper Cuts, a website that tracks the progress of news papers.

Digital media that has been ushered in by the widespread use of the internet coupled with affordable (and free) robust publishing platforms have been hailed for leveling the publishing ground. One, that has for centuries since the invention of the printing press, been dominated by powerful media houses with thousands of dollars in their coffers.

The internet has tilted the balance for and arguably against the incumbents. The internet changed or rather introduced new metrics upon which we evaluate media. Back in the day, it was all about, who had figured out distribution. That is, who could distribute the papers nationwide each morning for the early commuters to get a glimpse of the morning news. It was about who could afford hundreds of journalists equiped with expensive media gathering tools such as TV and DSLR cameras and had the right media passes to key events to report the news. Not only that, it was also about who had the best mass printers cost effective enough to gush out thousands of newspapers each day for the mass market.

But the web and more recently mobile have changed the metrics that validated media houses.

The costs of distributions have been slashed by an order of more than a thousand points. With just a domain name and a WordPress site that cost is now less than $500 for starters. Distribution of media is no longer that capital intensive. More recently the advent of social media further enabled web publishers to distribute their content beyond their own networks.

Equipped with only a twitter handle and a smartphone camera (which are matching up with standard DSLRs), anyone today can report the news to the masses in an instant. The time of production of news media has been, just like distribution, cut into an order of hundreds of thousands. What took perhaps a whole day, now requires simply clicking that juicy blue “publish” or Tweet button.

However, even though technology has tilted the wave more towards small publishers, hobbyists, freelancers and just about anyone interested in publishing media, In Africa, it’s not that obvious.

The web has instead reinforced the Newspapers and made them the ultimate cathedrals of media in the continent. The web and mobile have increased on the distribution channels for the traditional media houses to proportions they have never imagined. Social media in particular has further contributed to more readership for the papers.

The Daily Monitor, one of Uganda’s daily papers for instance has more than 300,000 Likes on Facebook and 88,000 followers on Twitter. That’s more than the paper’s daily readership estimated at about 38,000 on the old school hard-copy paper! As you can see, this means that the paper is now capable of reaching more people online that it previously did offline, this time however, with less resources and in a more timely manner. The same goes for the New Vision and the weekly Observer when you critically analyze their web presence.

So how about the small media publishers that could have disrupted traditional media houses because of the internet? How about the “citizen journalist” who potentially can be their own newspaper on Twitter or Facebook? And how about bloggers, freelancers who only need a username and password to setup online newspapers with Blogger, WordPress, and so forth?

Well, there are a number of reasons, that unlike in other regions in the world such as the US, Europe, this isn’t and perhaps won’t happen here soon. The Ugandan cyberspace is littered with zombie online newspapers, dead blogs and very scanty content outside of the main establishment, Facebook and Twitter.

I’ve been a blogger for 4 years which also translates into same amount of experience in digital media and publishing. Social media has provided a soft landing spot for content creators but hasn’t turned them into more serious ones akin to what the newspapers are doing. Running a successful media property has its own schematics that for now work more in the favor of traditional media houses who for years have mastered them and only transpose them on the digital space.

You have probably heard it being said “Content is King”. It’s true.

Media is all about content. Not just content, but great, interesting content that online visitors want to consume. This content must be consistent (daily or even hourly to be exact). It should be of high quality in order to be relevant. Then It must be in high quantity. Think of it like any other product you pick off the super market shelf. News production in and of itself is an expensive process that requires on-the-ground journalists and correspondents reporting timely news on a daily basis. This is something the Newspapers have been doing for decades.

Technology, could have simplified several aspects of the news publishing process, but you can’t replace real humans when it comes to news gathering. This capital intensive process continues to elude new digital newspapers that are often resource constrained to support this news machine.

Blogs on the other hand, are not so Newsy. So they could afford to escape this hurdle quite easily. Dignited for instance, even though publishes [Technology] news as and when it’s available doesn’t solely rely on News as its primary content. We do lots of non-newsy stuff like gadget reviews, How-Tos, etc. However, we still have to produce consistent, high quality content on a daily basis. Fortunately for us, this is something we’ve figured out how to do, but this isn’t the case for everyone.

In media, they say, if “content is king”, then “distribution is queen”…and she wears the pants! That’s right, she does.

When you have figured out how to create that awesome content, news or blogs, the next thing is how to distribute it. Fine, digital media leveled the ground for both the traditional media houses and newcomers to favourably distribute their content at reasonably low cost.  But there’s one reason the newspapers are ahead here; they have a well known brand.

In Africa “offline drives online”. That’s one particular timeless fact I get from my Googler friend, Elijah Kitaka. Users are just starting to get online. They of course naturally follow Twitter handles, Like Facebook pages of whoever they have been familiar with offline. Daily Monitor, New Vision have already spent years in marketing and building their brands offline and hence it makes obvious sense that online visitors will quickly search and identify with these brands online even without much marketing online.

Online Newspapers or blogs for that matter don’t have this advantage. Like the Newspapers, they have to start literally from scratch to build their brands. They have to spend marketing Shillings to acquire new readers just like the Newspapers did in their early days. If you’re operating with a shoe-string budget — which all start-ups do — you definitely have a uphill battle to fight.

Even though, you have figured out content creation and done your marketing and distribution quite well, there’s one more notorious monster to conquer — monetization. This particular one isn’t unique to digital startups alone, even the mainstream guys equally haven’t figured it out yet.

On the internet, “Free” is the new “Paid”! If you think that’s confusing, ask yourselves how much you have paid to read this research article. Nothing, right? Good, now you know what am talking about.

The Newspapers are desperately looking at ways to directly monetize their content as they do with the offline papers. So far, paywalls have been erected in a desperate attempt to replicate the same model that for years has worked offline. Monitor has its epaper product where subscribers have to pay a standard fee to read news the way it appears on the good old paper. New Vision has something similar. Now, I don’t have any solid figures to make a case on the viability of this option, but my casual research indicates that the paywalls aren’t converting yet.

Aside paywalls, the papers like everyone else are using proven business models for digital content — Advertising. There’s one problem though; The value of a digital Ad is only a small fraction of the value of a print Ad. The cost of a banner Ad for instance on Dignited for an entire month is the same as the cost of a full page Ad on print newspaper for just one day! Crazy, I know.

Even though, the papers are still figuring out monetization for their digital products, unlike digitally native startups like Dignited, they have the support of their offline businesses which can comfortably offset the costs of their digital properties. But of course, this won’t be for so long. Just like digital startups, the papers have to figure out sustainable business models for their digital products now, while they still have lots of Shillings to spare on Research and Development. Otherwise, when their revenues from offline media starts shrinking and digital media isn’t making money yet, the papers will unfortunately face eminent death.

#Most people are still offline

With just about 6 million people online out of about 34 million Ugandans, only about 6% of the population is wired. Yes, I know the numbers are growing annually, but the question is at what rate? Whatever it is, it is not exponential. So, we still have a long way to go to have a critical mass of online users.

Even for those online, data costs are prohibitively expensive relative to other regions in the world. Most Telecoms charge UGX 0.8 per Kb or UGX 2000 for only 100MB. Between spending UGX 2000 for a hardcopy news paper and browsing the New Vision which doesn’t have everything the offline paper has with 100MB, I would rather go with the offline paper. You get the idea?

This slow internet adoption rates and high costs of data give offline media the opportunity to thrive or survive which ever way you look at it.

The Newspapers still have a long shelf life, contrary to popular opinion out there. The costs of content creation, marketing and distribution, data, critical mass of online users, and then monetization are all factors that continue to favor traditional media houses more than new digital media startups. The good news is that all these will/are changing. But until then, the show belongs to the Newspapers.