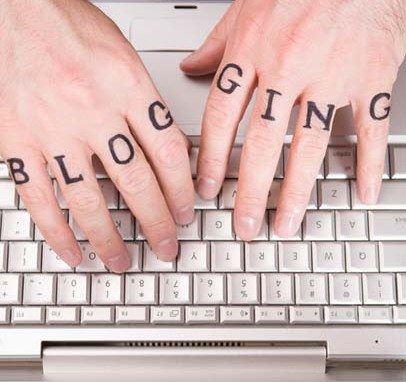 I’ve been an active blogger for 4 years now and I’ve also been following the blogging industry for the past almost 10 years. It’s interesting to see how the online publishing trajectory has been disrupted by new platforms like Social Media. Before the advent of Social Media platforms like Twitter and Facebook, web visitors lived on web forums and commented on stories published on websites or blogs.

But all this has changed!

It wasn’t long before the golden age of blogging faced its demise as web visitors found it more effortless to publish 140 long character tweets and short Facebook updates than 500 worded blog posts. Today, some have alleged that blogging is all together long dead. I brushed through a Twitter conversation I had last year with, Stephen S. Musoke, an ardent reader of the TechPost alluded to the fact that blogs require a lot more time and commitment to write than say a Tweet that’s just 140 characters long;

@pkahill @techpostug Blogs take more time to create so require dedication, commitment to develop so most go for instant gratification

Hence, “avocational” bloggers are likely to drop off simply because it’s hard work to keep up the pace. Writing an insightful 700 word article several times a week, for no or little money, is far more taxing than snapping a photo or sending a 140 character tweet.

However, This in-part has turned out to be a good thing as it has encouraged those without the guts to write 500 worded posts to still “say what’s on their minds” to their friends and networks. As such, more people generate more content today, rather than just consume what’s has already been produced by mainly mainstream media channels. In fact social media has been also referred to as “micro-blogging”.

In fact most web users now, discover online content on their social media channels through their connections, friends, and networks that they follow rather than by visiting news websites or blogs. When they finish reading a blog post on the publisher’s site, they then retweet it or like it on Facebook giving their other friends an opportunity to read the post. This way, social media has given blogs a mileage in making their content more visible and available to a huge number of consumers whom they would not have otherwise reached!

@pkahill it won’t be remembered no more than one week! If you’re serious abt your thoughts, that’s a short time for keeping them!

However, much as there’s tones of content being generated on social media platforms, much of that content is not searchable and referable as we see is the case with blog posts. You can not easily for instance “hyper-link” a tweet you made a year ago should you want to reference it in your new tweet while you can easily do that with blog posts that have URLs (Uniform Resource Locator)

It’s also had to search for a specific tweet that you made a couple of weeks or years ago since tweets and status updates usually don’t have titles or something to easily identify and remember them. Of course Twitter or Facebook still stores your tweets and status updates respectively and even gives you the ability to download them at your wish, but this doesn’t make it any easier to search through your data. That’s the backlash of social media! It was never meant to be a content management system, yet millions of people every second gush out gallons of content onto these platforms.

In conclusion, it’s common to find various users, companies and organization use these different platforms for the wrong use-cases. When I occasionally browse through Facebook pages or groups, I land on great content that could have been well published and organized in a blog that’s built using more robust content management systems like WordPress, Joomla or Drupal. On the other hand, it’s also common to find content published on blogs that could have created more interactivity and engagement on Social media channels. Those that have developed the delicate and highly complex skill of making the best of both worlds are the ones that are winning in this highly noisy, congested digital space.

One thought on “Social media killed blogging: For better or for worse? That’s the wrong question!”