Up until now, the Telecoms especially in Uganda have ironically made giving them money such a treacherous thing. This week in my ultimate guide to buying Airtime on Ugandan networks, I wrote about how in perhaps 10 years our kids will demand to know why we used to go through such an error-prone, time-wasting and environmentally unfriendly process to load Airtime. I bet you won’t have a clever response.

However, guys from ZeeMark Studios have figured out a way to make things a bit painless and smart. Using the QuickLoad Android mobile App, these guys promise that you won’t have to manually scratch and enter those 14 digits anymore as the case has been. 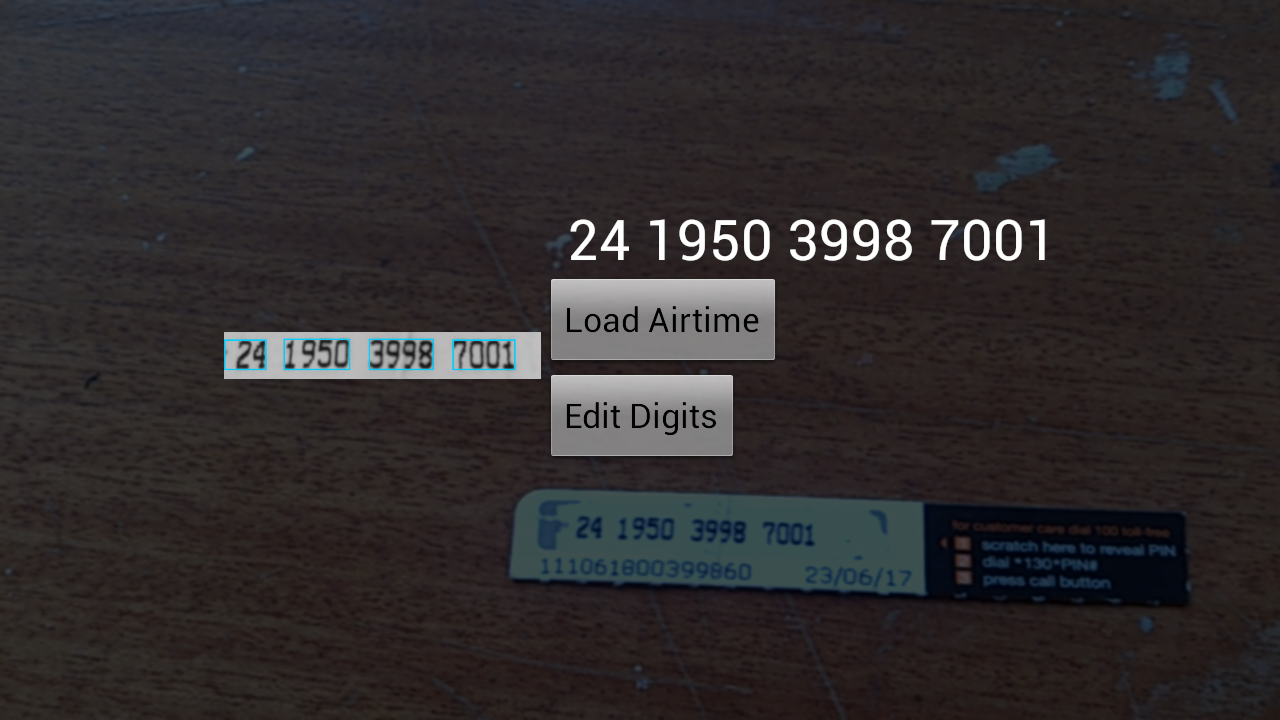 In a 3-step fast process, you can load airtime on your phone. You simply hold up the airtime card behind the camera, focus it inside the scan box and hit the scan button. Then select load airtime. For best results, you’ve to tilt your phone to landscape mode and Load. The App uses optical character recognition, a fancy computer science process which involves the electronic conversion of scanned or photographed images of typewritten or printed text into machine-encoded/computer-readable text.

@oquidave From our tests, the app will get at least 10 out of 14 characters correct! It requires optimum lighting for best results!

This means that the App won’t always be 100% accurate especially in Low-light conditions although the developers have thought about this too.  If your phone’s camera has LED flash lights, then the App will trigger the camera lights to increase on the accuracy of the results

@oquidave Theres also an option for turning on the torch for phones with flashes in low-light!

The App lets you edit the digits in case you believe it missed something. You can’t be too hard on the machines especially when humans also miss one or two figures occasionally.  You still have to scratch your card but this app shows that at least we’re thinking of smarter ways to load airtime.

You can download the App from the Google Play store.