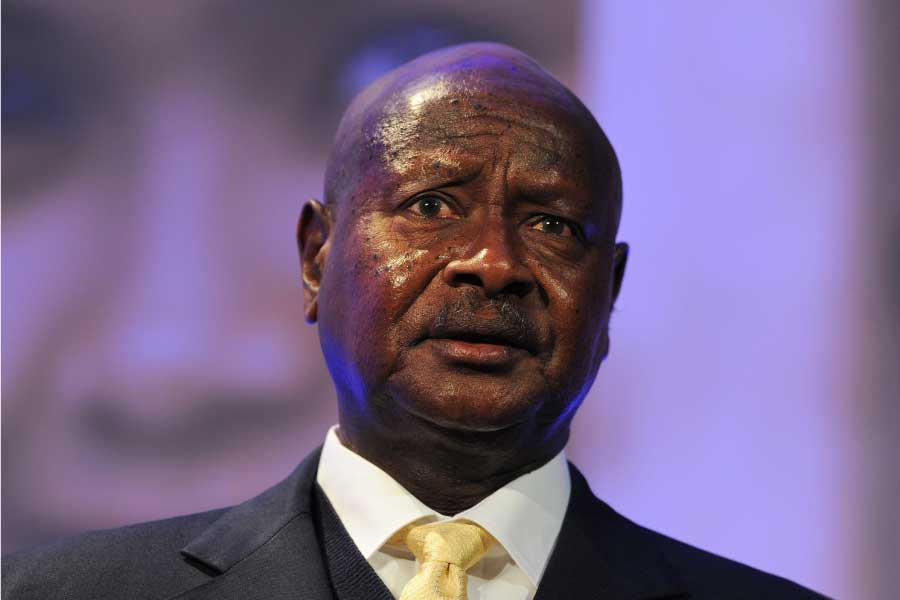 You know your social media account has been pwned when suddenly a cacophony of weird updates have your name pinned under.

Not for the president of Uganda, Museveni, his account was apparently hacked, as reported by one of his many communication secretaries. She was quick to tweet about the president’s twitter account demise and promised to work on it. Controversially, a couple of hours later, the same alleged compromised account heavily denied the allegations and promised due punishment for the claim.

President @kagutamuseveni‘ s twitter account has been hacked into. We are in the process of resolving the matter, please bear with us.

The conundrum took a shocking twist that sent everyone questioning the president’s grammatical prowess, once famed for penning a bestseller based on his life — Sowing the Mustard Seed. The succeeding tweets clearly ignored the basics of writing diction. The mediocre tweets covering Museveni’s meet with Pope Francis in the Vatican clearly performed poorly on punctuation and demeaned the intellect of the person of Museveni. Of course the concerned twitterati took it to the cyber to protest the ensuing confusion and the typo-riddled tweets have since not only been deleted but have also been rewritten to suit the elite stature of the president.

Whoever is presently in charge of @KagutaMuseveni account should resign or be sacked because of spelling & grammar. pic.twitter.com/oP2vq1KbDL

Fast foward, amid the confusion of the thwarted hack onto Museveni’s social media accounts, Joseph Owino, a Ugandan digerati had already spent a night in the coolers for allegedly masterminding the attack. Now, Owino is the same guy who helped the president’s Twitter get verified. His wife had earlier taken to the social media giant to canvass for help but we have since learnt that Owino was released by investigative cops later on Monday evening.

Still in my #jailbreak hoodie to confirm that I am fine & released. Here is a brief statement: http://t.co/moLqOrg0Yu pic.twitter.com/ga3vXJx8dF — Joseph Owino (@JosephOwino) October 27, 2014

All the odds show that it was borne of mis-communication amongst the feuding communication secretaries. The rift that is growing deeper by the day as succinctly explained by the Observer; a one Sarah Kagingo, the special presidential assistant for communications has been running the official Facebook and Twitter (@kagutaMuseveni) accounts of the president and those under the State House but due to purported conflict of roles with the other staff (deputy presidential press secretary Lindah Nabusayi and head of the State House ICT department Charlotte Turatunga). Apparently Sarah is poaching into her colleagues’ roles and efforts to capitulate her were not bearing fruit. It is said that she deliberately refused to hand over the passwords of the official social media accounts and in rebuttal, other parallel accounts cropped up under the stewardship of Lindah. This had since caused untold confusion besides exposing the unprofessional side of the ladies in question. The banter that brought us the apparent hack must have been because Sarah saw tweets from an account she thought she solely had the password to. Somehow, the other feuding must have gotten hold of the precious key pass code and was quick to rebuke Sarah.

Initially, the hack news came off as a jaw dropping surprise, the government of Uganda just closed a $600,000 deal in July with Mercury Public Affairs LLC, a New York headquartered PR firm to provide consulting and communications services. This includes managing media relations with a special coverage of President Museveni in the U.S. As the women continued their bickering into who-runs-the-president’s-social-media, the PR giant was completely not bothered. Not even after the several grammatical shoot-me-now errors will summon Mercury to work.

It’s kind of sad that much may not be done regarding the cyber interaction promised upon Museveni’s first tweet in April. Besides witnessing embarrassing fights between feuding co-workers and hack claims, the paycheck to Mercury remains greatly contentious.