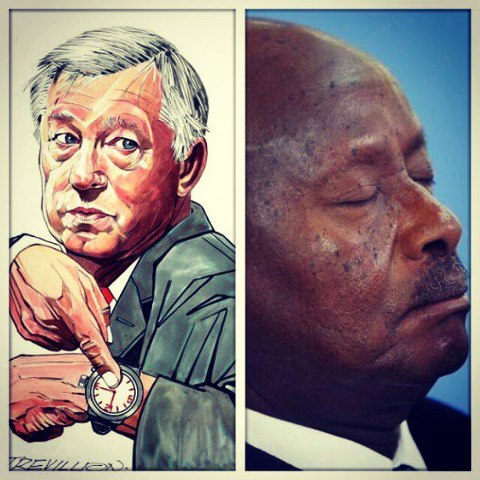 First, it was the selfie that made rounds on social media. Now, the president himself, typed away to his very first tweet. 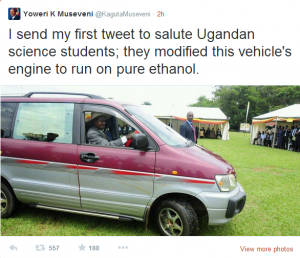 I send my first tweet to salute Ugandan science students; they modified this vehicle’s engine to run on pure ethanol. pic.twitter.com/9Ijr48K7ie

The president debuted with a  congratulatory message to students’ groundbreaking innovation of modifying a car that runs on pure ethanol at the college of Engineering at Kyambogo university in Kampala, Uganda. The well attended event was also the launch of the much awaited Student Loan scheme.

Museveni, whose social media presence has been heavy on Facebook over the past 4 years takes a step forward to have  it felt felt too on the 140-character social network. Although his account was opened in 2010, it felt like a parody due to lack of engagement but from the time he sent his first tweet followers are increasing steadily –at 20.1k by press time.

One could wonder what could have perhaps taken him so long to realise the power of Twitter since the Likes of Rwanda’s Paul Kagame and Kenya’s Uhuru Kenyatta –amongst other celebrated African political figures– have enjoyed cult statuses on the social network. It’s good news that he has come to realise the potential the netizens hold.