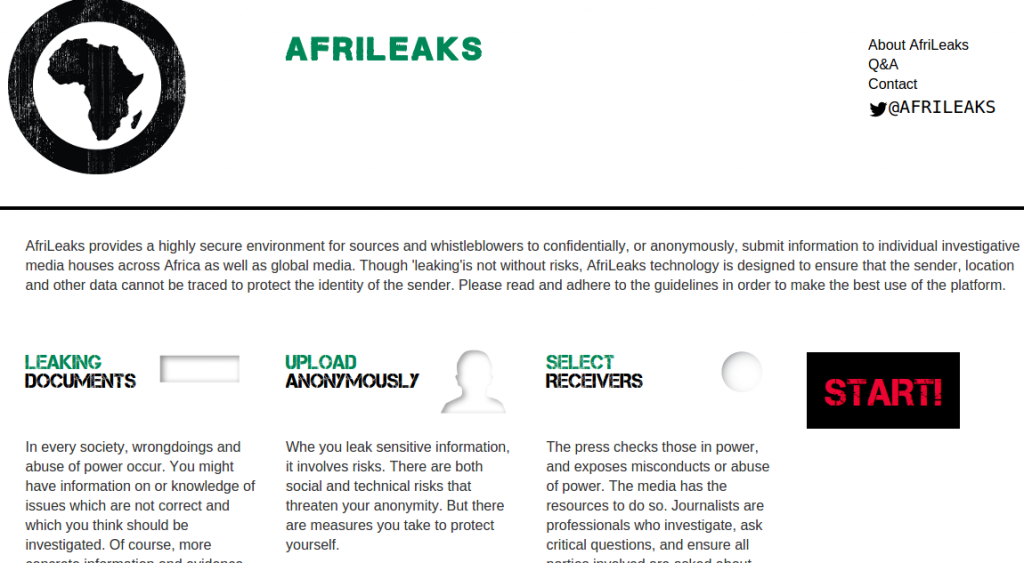 An anonymous whistleblowing platform for Africa Afrileaks which is similar to Julian Assange’s Wikileaks , is set to launch at the end of November, DW site has reported. The online system will enable users to anonymously send material to investigative media organisations of their choice that include Daily Monitor, Mail&Guaridan, Premium Times, The Zimbabwean, Mmegi, Premium times, Zambian Watchdog among others.

Khadija Sharife of the African Network of Centers for Investigative Reporting (ANCIR) – the organization that will host the platform told DW that the platform will provide a secure link between whistleblowers and media houses;

“[AfriLeaks will] provide a secure tool for connectivity between the whistleblowers and the media who then investigate the substance and character of the leak,” she said.

Documents with relevant information that can be uploaded through the site will be send to participating media organisations through highly secure systems that render tracing difficult to impossible in order to protect the source. According to the site, journalists can use the system to interview and investigate the veracity of content/sources and decide thereafter whether to use the information as leads for eventual publication.

Wikileaks has already exposed vast cases of corruption and misuse of office by government officials and politicians. The whistle-blowing site has leaked diplomatic cables for over 60 African countries. AfriLeaks will compliment on the efforts started by Wikileaks and will be a tremendous resource for African investigative journalists.

One thought on “AfriLeaks: An African Wikileaks is set to launch soon”