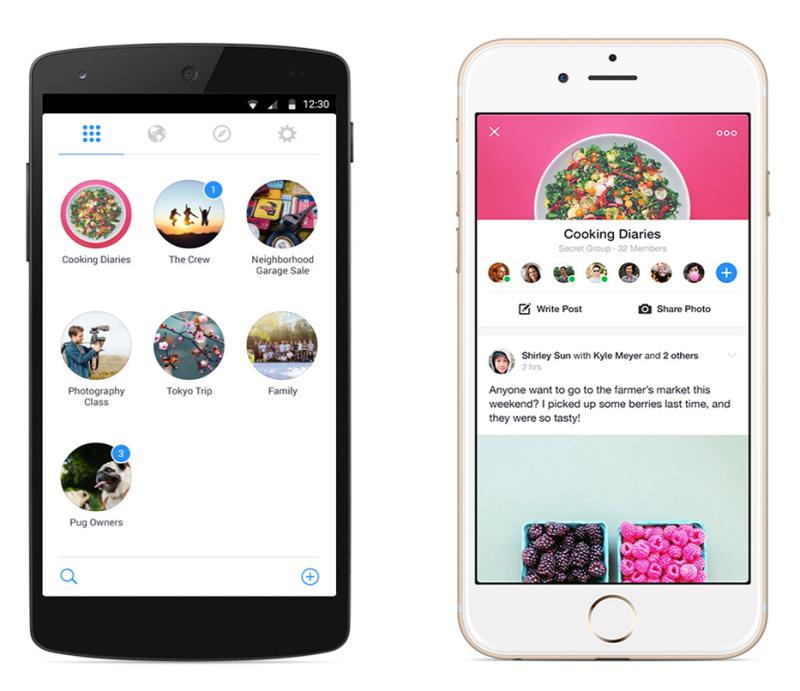 Facebook has just annouced a seperate Facebook groups mobile App for Android and iOS.  According to the social giant, the app is designed to “help people share faster and more easily with all the groups in their life.”.

Facebook groups Apps is the latest product coming out the companies hacker space dubbed “Facebook creative labs” that’s charged to create “new apps to support the diverse ways people want to connect and share”. Groups joins four apps including Mentions, Paper, Slingshot and rooms all of which are part of Facebook’s strategy to fragement itself into smaller, more manageable products outside of the main Facebook webiste.

Learning from the backlash that the company received by forcing users to use its Messenger app, Facebook isn’t forcing you install the Groups App. You will still be able to use the group feature on the main Facebook App without being forced to install a separate app all together.